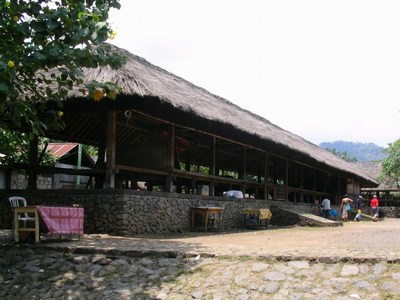 For those who don’t know yet, the original inhabitants of Bali are the Bali Aga, and they live a relative reclusive life in the mountains to the east, the north and central Bali. It might seem weird to grasp at first considering you meet Balinese people every day you are on holidays in Bali. Basically, most of the high caste Balinese originally came from Java. The Bali Aga inhabited Bali well before the Majapahit invasion in 1343AD. The Balinese today are actually descendants of the Wong Majapahit who were 15thC migrants from East Java when the Majapahit empire finally fell.

It is believed there are several thousand Bali Aga people living in the mountainous regions and they speak their own dialect. There is a distinct indifference between the Balinese you meet every day and the Bali Aga who ensure their seclusion and culture. I have always found the Bali Aga to be a fascinating and beautiful people whenever I have visited the villages.

Having said that, many travellers I have spoken to over the years found them to be aggressive, and indeed, unwelcoming. If you ever visit Bali, I strongly suggest you take some time to visit one or two of the Bali Aga villages. There are a few of note and yet there are those villages that are so remote getting there is a difficulty. 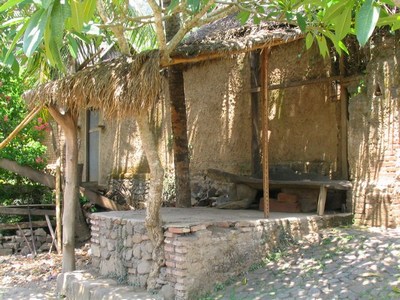 Tenganan: Probably the only Bali Aga village to embrace tourism albeit in a limited capacity being situated only 5 klms inland from Candi Dasa. This 700 year old, walled-in village (where the inhabitants believe they are descended from Gods) is unique in many ways. There are 3 parallel streets with 3 others running east to west.

This is actually a communal village which prohibits divorce or polygamy. Unlike their counterparts in the mountains, the Bali Aga at Tenganan are more reserved and friendly. This is the only place in the whole of Indonesia where double-ikat cloth is woven on handlooms. Often called ‘Flame cloth’, the colours are striking. There is a 3 day festival held once a year in the village called Udaba Sambah and held mid-year usually in the months of Juni/Juli. Well worth checking out! 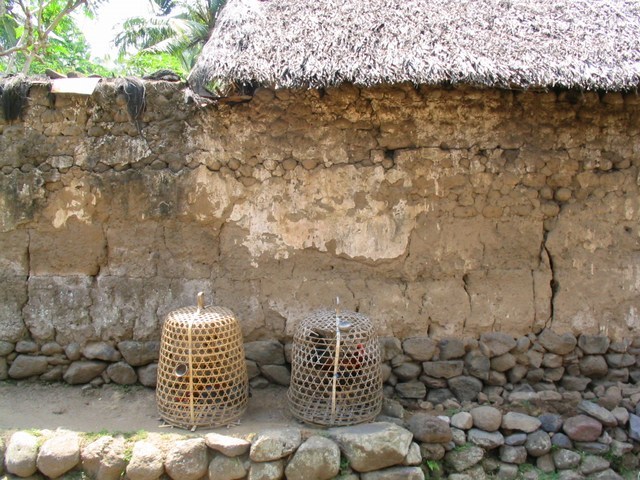 Taro: Unfortunately they have plonked an elephant park (tourism induced) near this beautiful small village. Located south-west of Penelokan, Taro has a unique ‘Bale Agung’ or council house, and is the centre of the community’s religious and political life. The council house is the longest one in Bali. Quite a sight!. 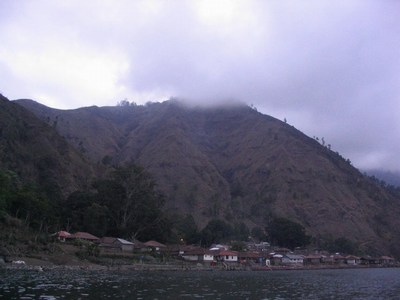 Trunyan: A stark village void of vegetation, it is believed it was founded around 882-914AD right on the spot where an ancient tree, whose odours were of incense, stood. There is an old temple, Pura Pancering Jagat, which like most temples on Bali stands under a massive Banyan tree. There are many unique buildings within the temple and differ greatly to other Balinese temples. The ‘Bale Agung’ is in fact one of the largest traditional buildings on Bali. Within the temple you can find the largest statue on Bali – Ratu Gede Pancering Jagat. The almost 4 meter high statue is made of clay and stone. It is considered to be very ancient and possess magical powers.

The most interesting aspect (if you can call it that!) in Trunyan is the cemetery. An eerie place full of bones, rotting corpses and skulls. Not believing in cremation, the Bali Aga of Trunyan wrap the dead bodies in white cloth and place them on bamboo racks exposing them to the elements as well as scavengers. It’s quite a bizarre place and not one you would visit after a night on the town! Seriously though, it is an amazing place. 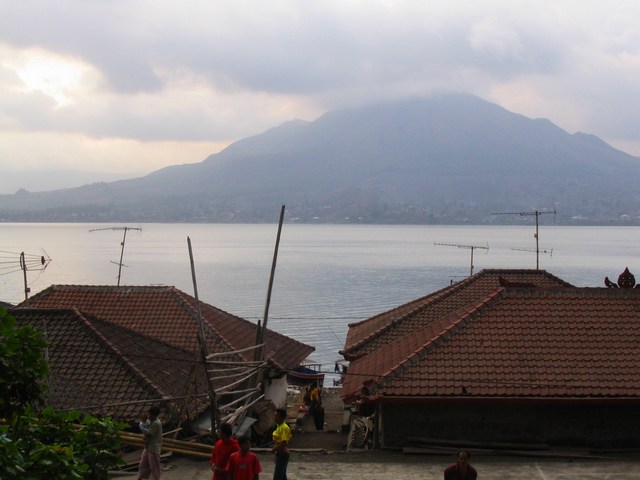 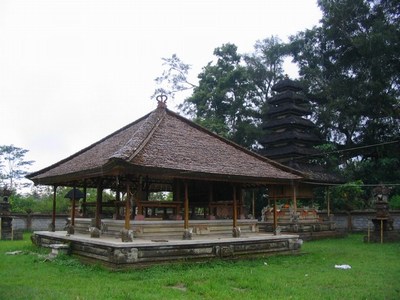 There are actually 3 villages in close proximity situated between the mountains Catur and Batur – BATUKAANG, CATUR and SELULUNG. In these villages you will find remains of monuments which are very primitive pre-Hindu, various stone statues, and interestingly, Polynesian styled megalithic pyramids. Be warned though, in these areas the ground underfoot is treacherously slippy and the terrain extremely moist due to the elevation.

It is important to note that whenever you visit any Bali Aga village, always be respectful and more importantly, there is a certain dress code when entering any temple or village.

The Bali Aga villages are absolutely fascinating in every aspect. 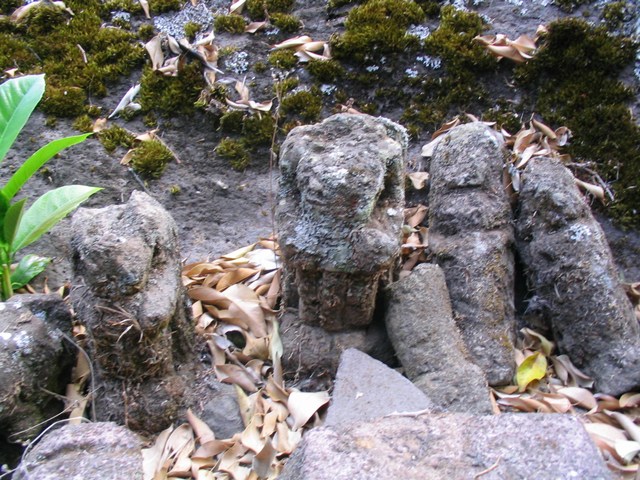 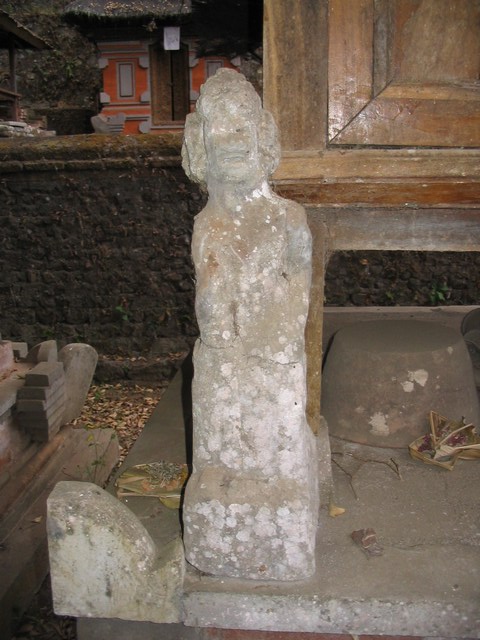