The Temple on the Lake: Pura Ulun Danau Bratan 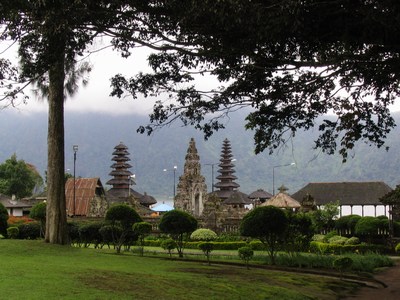 The two most photographed places on the island of Bali undoubtedly are the sea temple of Pura Tanah Lot and the other, Pura Ulun Danau Bratan located 2 hours north of Kuta on the shores of Lake Bratan. The temple is one of Bali’s kayangan jagat or directional temples and protects Bali from evil spirits but for the visiting tourist or traveller, it is a surreal and pleasant place. 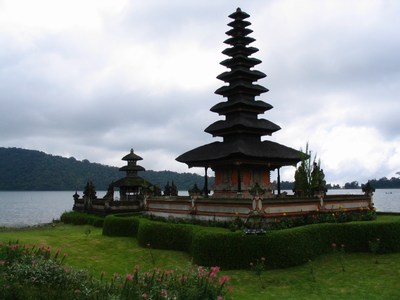 The temples grounds have an assortment of structures including the multi-tiered meru. These pagoda-shaped shrines which are found in almost every Balinese temple are named after Mt. Meru, a sacred Hindu peak, considered the home of the Gods. The importance of the God being worshiped is indicated by the number of roofs, which is always an odd number, with a maximum of 13.

The part of the temple that gets photographed the most is the 11 roof meru, followed by a 3 roofed meru, situated on a point of land jutting out into the lake. The larger meru is dedicated to Wisnu and Dewi Danu. The smaller meru contains a lingum or phallus. This temple is dedicated to Siwa, the Destroyer. Visitors are allowed to photograph the shrines from the shore. Unfortunately you are not allowed to visit them directly.

The temple on the shore, Pura Teratai Bang has its own 7-tier meru dedicated to Brahma, the Creator. You will often see Balinese worshipers inside this temple, taking blessings and praying. Being such a sacred place, you are asked to stay outside the inner courtyard, but it is possible to look over the wall and get good photos.

There is also a traditional market place in the carpark selling the norm but, there is a plethora of fresh fruit on sale as well that is the best to buy whenever you visit this place. 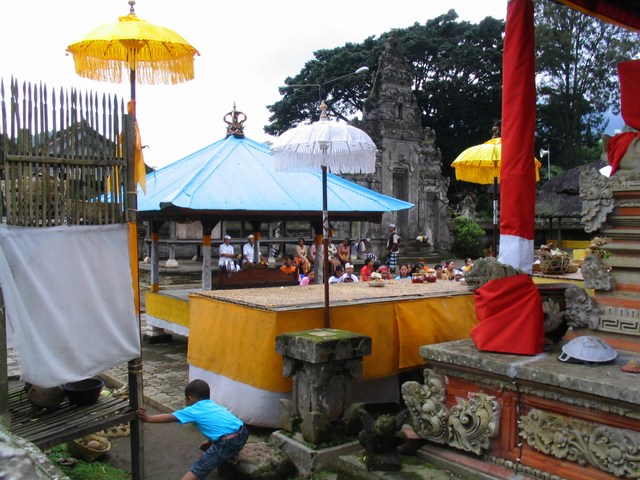 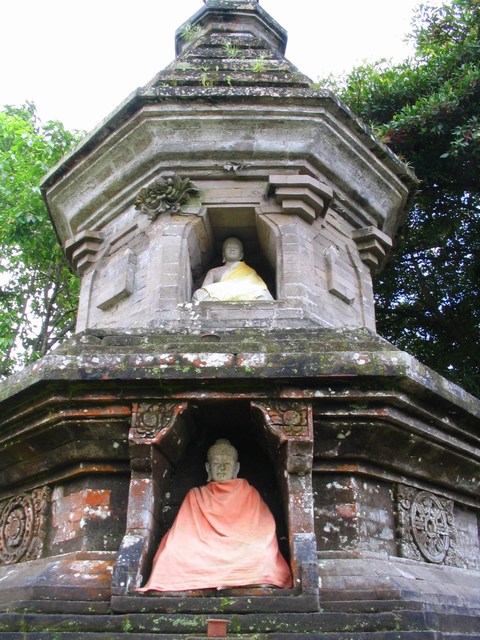 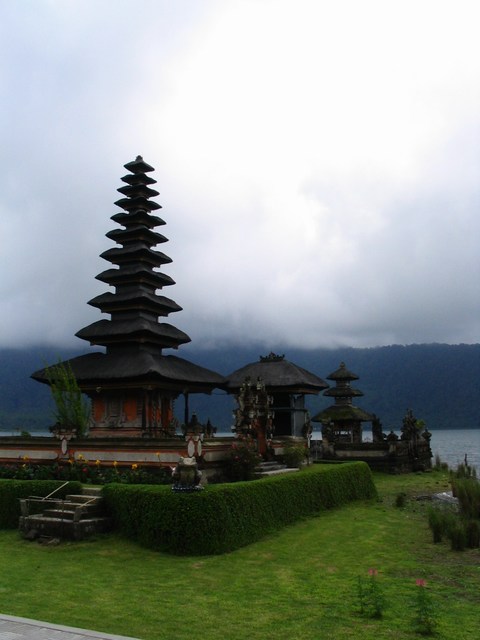