Try the Warungs for Local Cuisine 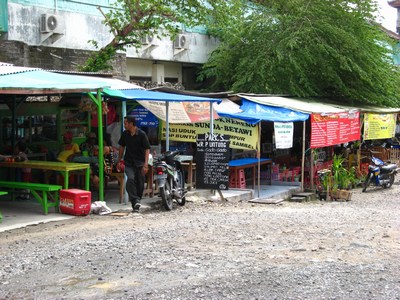 There is nothing I like more than to go to a local warung, buy some bungkus and then sit in the street with the locals and chat. I would venture to say that a majority of tourists to Bali rarely imbibe in the authentic food available at the smaller warungs and road-side stalls. Sure, you can obtain these foods in the upmarket warungs and restorans but, nothing tastes better or is more delicious than eating food made by the locals in their own kitchens. Warungs are really a budget-travellers domain. I think it’s the fear of contracting some disease from the food, getting the dreaded Bali belly or in some cases out in the countryside, getting hassled whilst dining that deters a majority of tourists from entering these establishments.

Instead of entering that upmarket restoran, try some local food from a warung and enjoy a bit of interaction with the locals. Over the decades I have been travelling through the archipelago, this has always been my way. You would be surprised at how much information about places and attractions in the area, upcoming local festivals or celebrations, and even get invitations to dine with local families in the following days you will get. 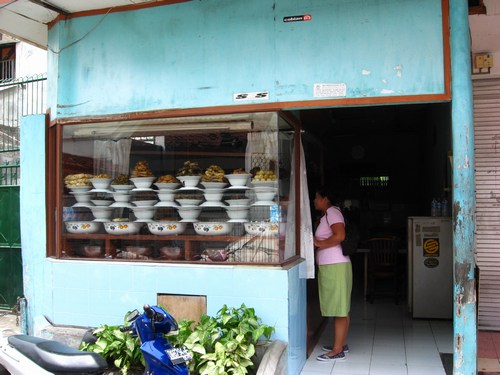 Of course there are those westerners who shun at the thought of eating this way and that’s understandable. There are times when I have ventured from my traditional ways and especially after there has been a blackout. Why? Because food stored sours quickly and in the tropics this is a definite bug attractor. I generally tend to wait a few days before heading back to my old ways. Another thing about blackouts is that products made from milk like ice-cream etc are bacteria attractors because you all know that milk sours quickly.

Apart from blackouts, it is only common sense that you wouldn’t enter a premises where it has been empty all day and most of the night. Sure sign it doesn’t do much trade. Most locals don’t have refrigerators. Think about it! Sure, in the past I have contracted the ‘belly’ but never from a warung or from street stalls or the sellers in the street carrying baskets of wrapped food. If you want to try the local cuisine then ease your way into it as some of the spices can upset the sensitive stomach. 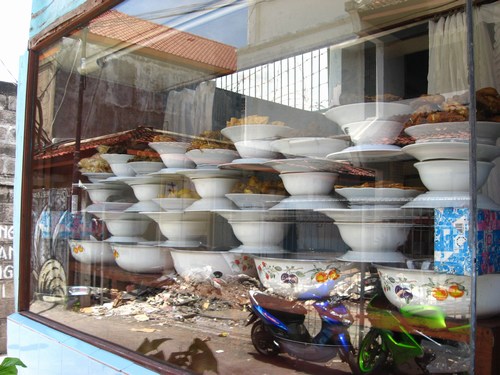 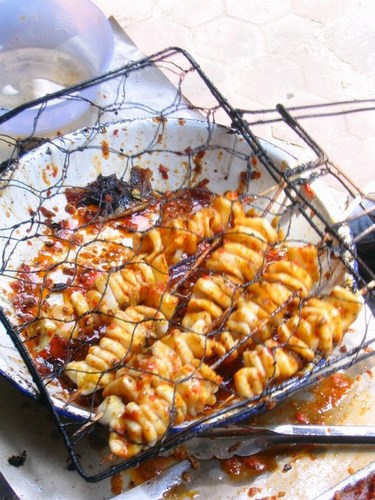 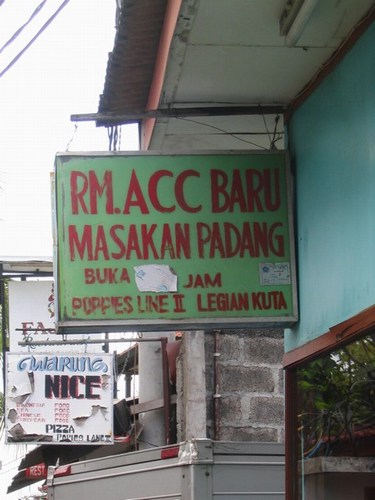 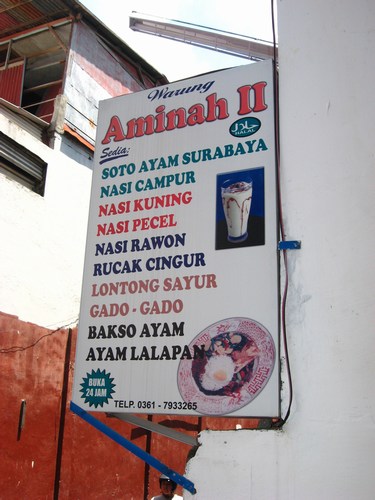