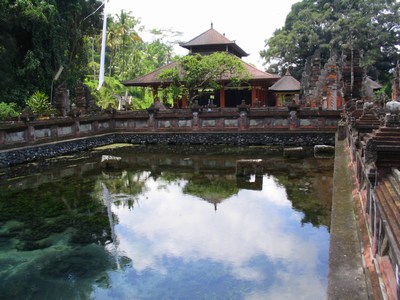 The whole area around Tirta Empul and the place itself is so peaceful and unassumingly attractive. A spring, the most famous in Bali, at Tirta Empul gushes from an area in the ground which is encased by a wall inside the sanctuary. The water at Tirta Empul is considered to be the holiest on the island, and to possess ‘miracle’ healing powers. During the festival of Galungan, dance groups from all over the island come here to have their Barong masks purified with the holy water by a priest who is the only one allowed to obtain the water from the spring. A large complex and one on the ‘tourist track’, it is advised you arrive well before midday. In the early morning light, the complex has a magical and mysterious atmosphere.

Historically, archaeologists have dated the founding of the site around 964 AD when two ponds were found. In a small village, Manukaya, just north of Tirta Empul an inscription was found which after being translated verified the founding of this sacred site. An archaeologist, Sutterheim, did not complete the deciphering of the inscription until 1969. The inscriptions detailed the ritual cleansing of a holy stone that for more than 1,000 years was taken to the spring for purification on the exact day of each year of the founding of Tirta Empul. The complex was completely restored in 1969. 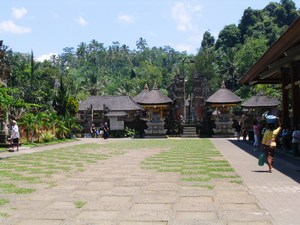 This large temple complex is divided into three main courtyards. There is a front and middle sections as well as an inner sanctum. Two rectangular bathing pools, one for men and the other for women, back onto the outer courtyard. Spring water gushes from a line of fifteen spouts, and according to traditions, each spout has its own function. These include a spout which cleanses evil, another a poison antidote 4and yet another for spiritual cleansing and so on. At the rear of the complex is the source of the sacred water. Directly inside the complex there are three public bathing pools. On the right hand side in the middle of the complex is the ‘holy garden’, and further towards the rear are several pavilions and bale’s each with their own function within the temple complex. A linga and a yoni are housed in a small pavilion opposite the garden.

I particularly like the legend that surrounds Tirta Empul: At one time demon set himself up as a god. He refused to let the people conduct their religious rites and this resulted in the air above Bali becoming so dirty that the true gods could not peer through it. Eventually Indra and numerous other deities were ordered to clean the air, and upon seeing Indra and the deities, the demon fled to Tampaksaring where he poisoned the river. When the deities drank the water, they died. Indra was furious and shot an arrow into the ground to create a source of fresh and clean water. He used the water to bring his companions back to life. The spring became known as Tirta Empul.

If you are staying in the area for any long period of time then there are some interesting antiquities nearby. Surrounded by large mossy trees Pura Gumang is an early Shivaite temple. This is located to the north near the village of Panembahan. Inside the temple you will find a huge Linga, a statue of Shiva’s bull Nandi, and several mythical Hindu-Javanese sea monsters. Another sacred spring can be found under a large tree south of Tirta Empul at Pura Mancingan. A free standing Candi is located there. There are striking resemblances to the candi at Gunung Kawi. It is said the old Pura could have been dedicated to King Udayana. 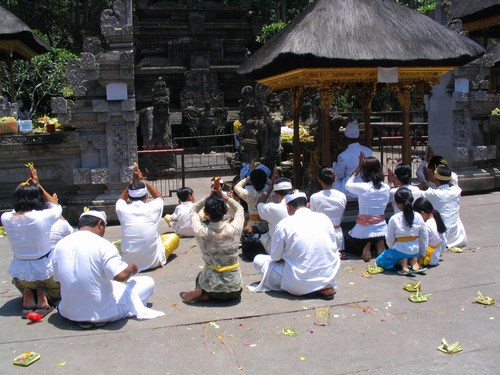 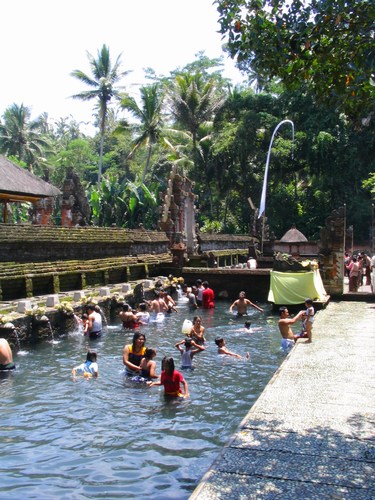 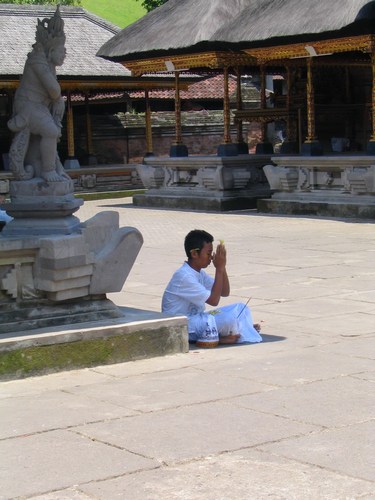 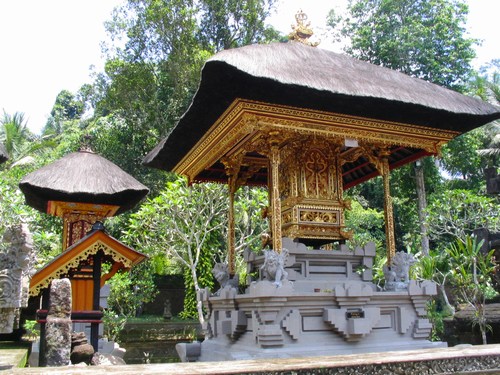 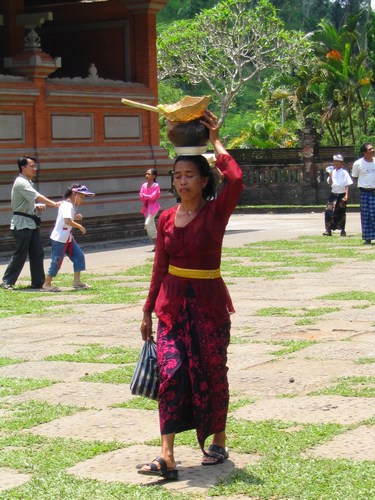