The Sacred Herons of Petulu 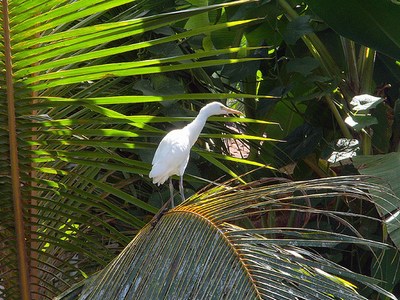 In one of the most scenic areas on the island and directly north-east of Ubud in Central Bali is located the village of Petulu is famed for its artists, dancers and carvers of wood and stone. But that is not only what the village is renowned for. It is also a bird sanctuary and home to the famous Javan Pond Heron and Plumed Egrets. Many of you who have explored the region around Ubud will know of this beautiful, scenic and quiet area. It is the Herons coming home to roost at dusk that is spectacular and so if you can time your visit to Petulu around 5pm in the afternoon. Massive flocks of these Herons seem to light the sky pure white as they arrive and village tradition dictates that these Herons may not be disturbed during their roosting.

No one really knows why the Herons, who first began roosting there in 1966, chose Petulu as their nesting site. Ask any of the elders in the village and they will tell you that the birds are in fact reincarnations of the tens of thousands of men and women who died during the civil unrest throughout Bali in 1966. It is a well known fact that many of those Balinese who died were laid to rest near the roosting grounds.

When the birds started arriving initially, it was only previous to that an elaborate sacrificial ceremony was held for protection and blessings after thousands of communists were butchered. Interestingly, twice a year on Saniscara Kliwon Landep the residents of Petulu hold a special ceremony for the White Herons. 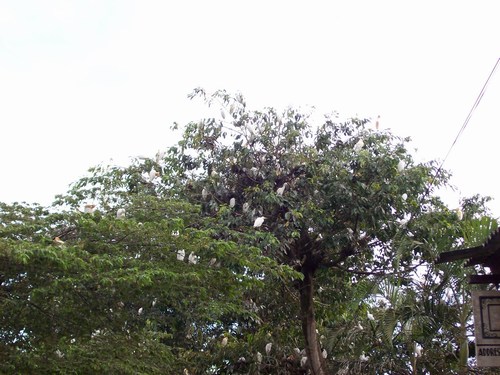