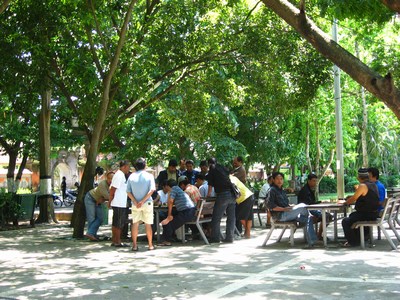 The capital of Bali ever since it gained independence from the Dutch, Denpasar is a bustling and energetic city that possesses a lot of attractions for tourists and travellers. A great majority of tourists dislike the city preferring the madness and mayhem of Kuta but I reckon it is a fabulous city to explore and has some excellent eateries. The centre of attraction in Denpasar would have to be Puputan Square with its large, shady trees and open space, so named after a tragic battle occurred there in 1906 between the Dutch forces and the ruling classes in Bali. Thousands of people died in this conflict. On the weekends it becomes especially busy with the locals enjoying the atmosphere and imbibing in a game of chess of which there are many wooden tables for its players to challenge each other. It is also a place for lovers, friends and for a meeting place being the centre and easiest accessible place in the city.

Located on its edge is the Bali Museum and the stately Pura Jagatnatha but it is the statue dedicated to those who fell during the 1906 conflict with the Dutch occupying forces that I find the most outstanding. 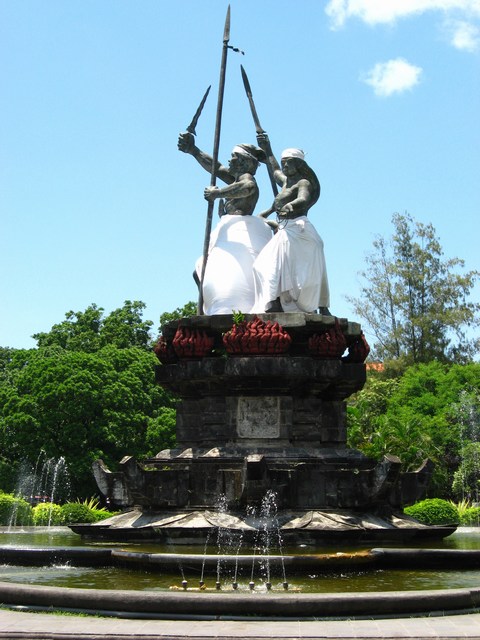