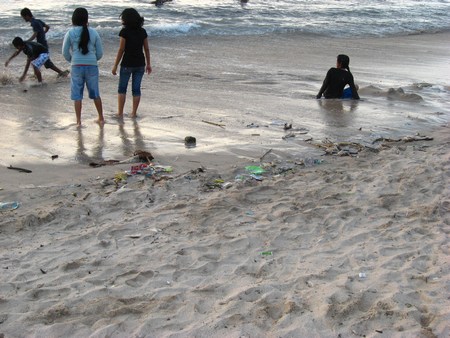 For quite some time now the once pristine Kuta Beach has suffered from an ongoing bad case of pollution. Although the Balinese Government has been relatively diligent in attending to this problem by using front-end loaders to scoop up the rubbish, it still leaves a scar. Even worse, any change in the weather or sea current will inevitably see more crap being washed up along the shoreline. I took a long walk from Kuta up to Seminyak one morning in an attempt to analyse the crap being washed up and, I was frightfully surprised. The majority of this coastal pollution is man-made – ie. plastic bottles, wrappers, plastic, straws and the list goes on. More rubbish bins are needed along the length of the coastal tourist strip. Not only that, but, around the streets of the tourist strip would be ideal. And a lot more than what is already there. 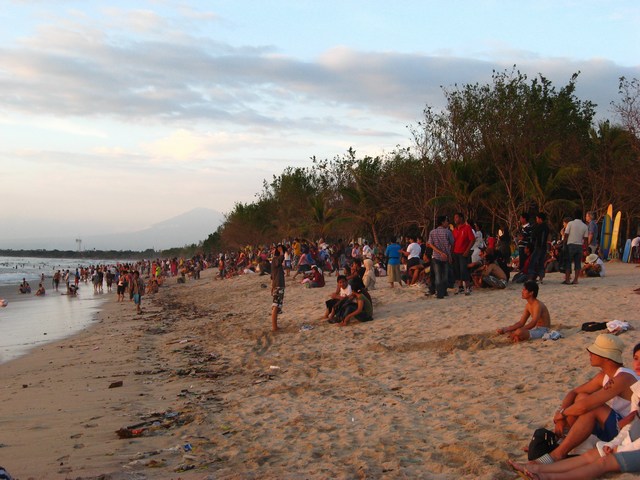