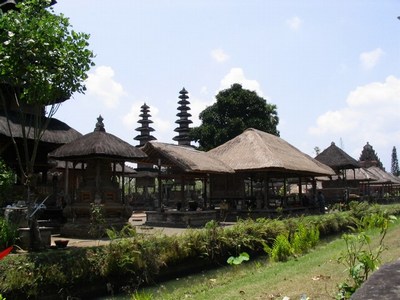 If we all had are own way then the entire island of Bali would be heritage listed by UNESCO except of course for the insanely maniac area of the Kuta tourist strip.

There are literally hundreds of areas with panoramic views, places of antiquities and stunning, mesmerising temples worthy of note. Oddly enough, and I do find this rather strange, but UNESCO has seen fit to only include three sites on the island worth adding to their exclusive list.

The way a site is classified according to their website is a place that seeks to encourage the identification, protection and preservation of cultural and natural heritage considered to be of outstanding value to humanity. Heck, that’s all of Bali! Even Kuta is of outstanding value with all its bars and nightclubs.

Here are the UNESCO sites on the island of Bali: 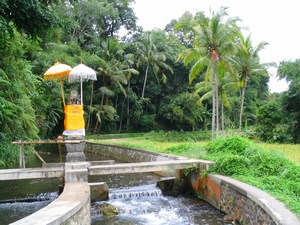 Located in Central Bali and constituting an area of land situated between two holy rivers – the Pakerisan and the Petanu this narrow corridor has some of the most treasured antiquities in Bali. These include such treasures as Goa Gadjah, Tirtha Empul, Gunung Kawi among others.

Situated in the Gianyar regency the area is the old Kingdom of Pejeng and often referred to as the ‘Holy Land’ and its importance, both archaeologically and historically, is irrefutable. It has within its beauty prehistoric and pre-Majaphahit archaeological sites most of which lay evidence of Bali’s early Hindus and Buddhist settlement. 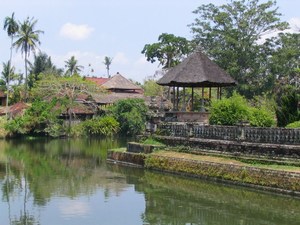 The temple was built in 1634 by the the Raja, I Gusti Agung Anom. The kingdom of Mengwi was powerful enough to control large parts of Badung, Tabanan and Gianyar from the first part of the 17th Century to the latter part of the 19th Century.

The temple is surrounded by a massive moat and is set on 3 different levels, the inner courtyard at the top having its own moat. The inner compound is complete with merus’s, bales and shrines. The number of roofs is always an odd number with the maximum possible 13.

The road to Jataluwih takes you through some of the most famous rice-paddy views on Bali. There are expansive panoramas over the gently sloping terraces and it truly is surreal. Located in the region of Tabanan, Jataluwih is the most striking examples of terraced agriculture in the world. It is, without a doubt, Bali’s oldest and most complex example of the Subak rice terrace system of agriculture. Located in vary convenient places along the road are some great, small restorans to sit and view the splendour before you. I’d recommend the Jataluwih Café. 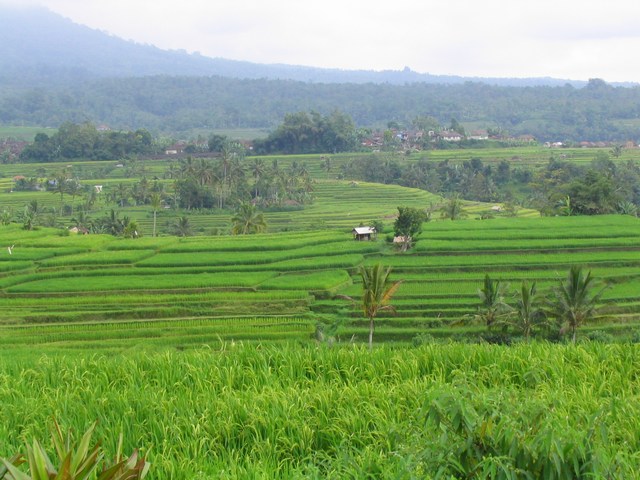