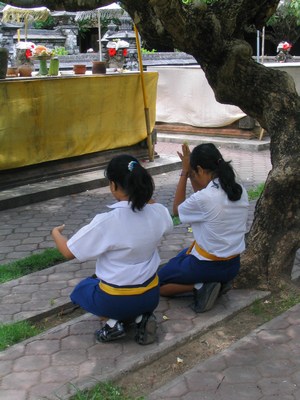 Denpasar is a hive of cultural activity with numerous attractions on offer for tourists visiting the city. Although a lot of tourists find the place too dirty and polluted, too hot and with a hectic pace, once you overcome this veneer then you will be pleasantly surprised. You can obtain regulated tours to Denpasar available at most hotels but in my opinion is it far better to investigate the city at your own pace. The prime location to visit with these tour groups is of course the Provincial Museum of Denpasar and indeed a definite must-see for any tourist to the island. Located opposite Puputan Square, the museum grounds hold another treasure as well as what can be seen within its doors. Built in 1953 and adjoining the museum is the state temple Pura Agung Jagatnatha and is dedicated to the supreme god, Sanghyang Widi Wasa, the supreme of divine gatherings. The name Jagatnatha derives its origin from the Sanskrit word jagat meaning world. Two festivals based on lunar cycles are celebrated here every month. During the days of full moon and new moon, visiting this temple during these times can be a memorable experience. No matter what time you visit this magnificent temple you will always find devotees in prayer.

The magnificent shrine shaped in the form of Padmasana or, lotus throne, has the grandiose and spiritual significance of the highest order. The padmasana (shrine) is made of white coral, and consists of an empty throne, symbolic of heaven, on top of the cosmic turtle and two naga or mythological serpents, that symbolise the foundation of the world. Just like other temples on the island, Pura Agung Jagatanatha consists of sprawling courtyards and a series of several shrines arranged around them. The gateway is stately and ornate with exquisite patterns and Stories from Hindu epics, gods and goddesses are carved on the walls, stone carved abound in this fascinating temple. The massive statue of a fierce demon towers over the outer courtyard. The middle courtyard is little more than a gallery surrounded by a moat.

Respectful dress is required as in all Balinese temples and wearing a sarung and sash is mandatory. If you don’t have one then thy can be obtained at the entrance to the temple for a small fee. 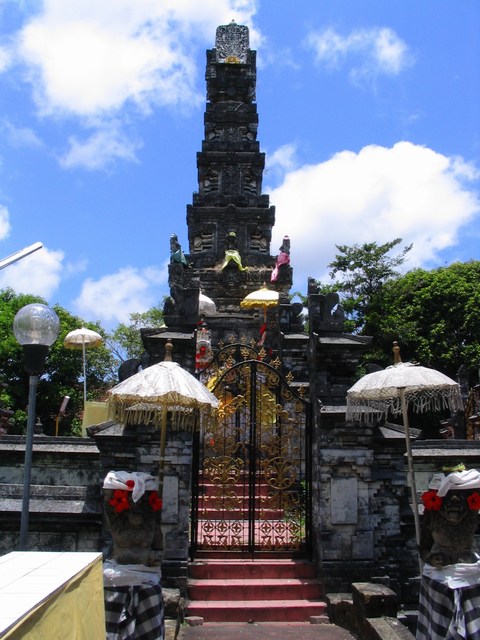 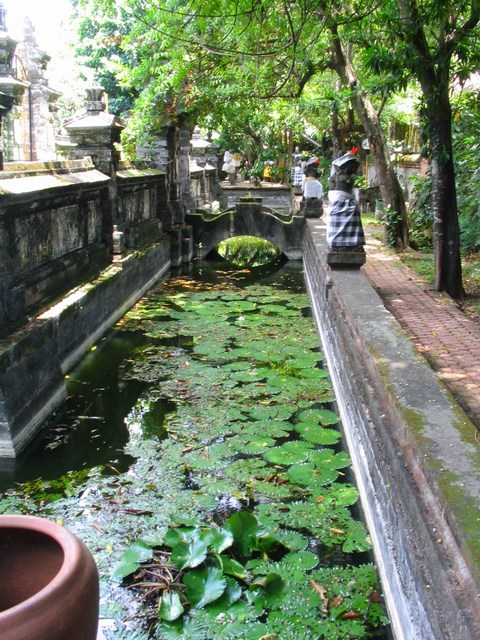 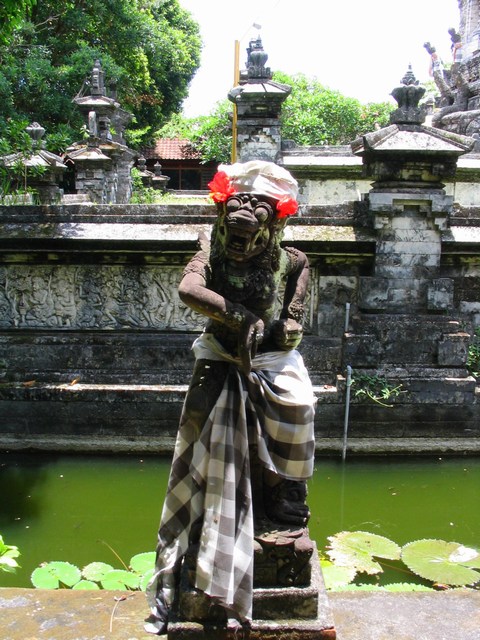