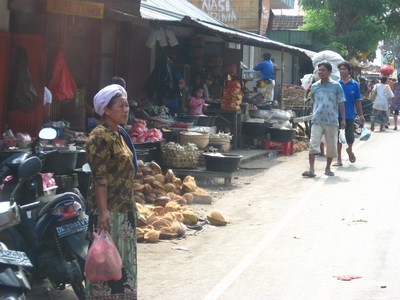 Finally made it back to the mayhem of Kuta and what a disappointment it was. Don’t misunderstand that statement, the trip was so fantastic that returning to the hosh-posh tourist mania of Kuta after relishing in the beauty that Bali has to offer, was, a bit hard for the system to take. For two days I have been travelling with Candika and a new found friend, Iris from Holland, along stretches of Bali less visited by travellers let alone your run-of-the-mill tourist. Briefly, we travelled north to Kertabuana on the Gunung Batur volcanic rim near Kintamani, had a bit of tucker at a warung there and then continued on the road to Singaraja until the Dusa turnoff. From there it was down the winding, narrow road to Bondalem and on to Tembok where we stayed for the night but had an interesting afternoon’s exploring.

The following day we travelled along the north-east coastal road heading south to Amed with a heck of a lot of stops along the way. After meeting up with some friends at Amed it was then on to discover more of the south-eastern area of Bali. Although I had seen this area countless times, Candika hadn’t and neither had Iris. I was pleased to show them some of the tourist attractions in the area as well as a few hidden gems of my own. We headed back to Kuta along the southern coastal road which by that time had become quite busy courtesy of the influx of domestic tourists taking advantage of the 3 day liburan (holiday) weekend and, there are still many of them in Kuta.

Yesterday was Imlek or Chinese New Year (Tahun Baru Cina) across Indonesia and so it was early morning when Candika and I headed off to the Klenteng (Chinese temple) for prayers. The place was packed solid with devotees and goggling tourists alike. Last night was spectacular at the temple with the Barongsai (Dragon dance) and I will bring you more on that and fotos of course.

Today is my birthday and I share this date with the unfortunate passing of former President Soeharto who died a year ago today. This time last year I was coming over a mountain range somewhere in the north of Bali when I received the text message informing me of this great man’s death. Although a lot of people will disagree with me on the term ‘great’, he was a man to be admired for his outstanding effort in developing Indonesia and dragging it out of the dark ages.

Anyway, celebratory dinner tonight and my choice is Dapur Alam on Jl Patih Melantik in Legian. Of course I will bring you the write-up on that fabulous place, but, for now here is a delightful foto from our recent sojourn. 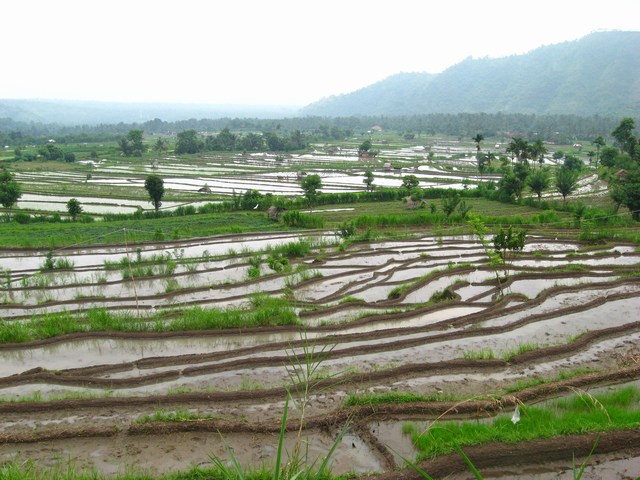