Places to Visit in Bali: Tenganan 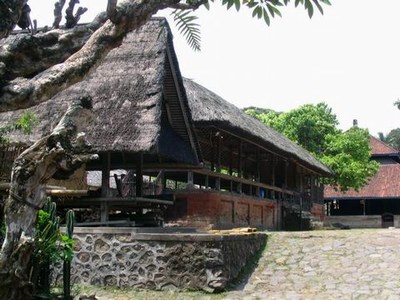 Tenganan produces fine basketware and a double weave ikat, called geringsing, the only such place to be found in South-east Asia and one of only 3 in the world. Visitors to Tenganan can wander around the long rectangular village, which is laid out in tiers, wide stone steps in between. Tenganan is closed to outsiders after dark. The pura puseh (temple of origin), which is in honour of the village founders, lies outside the village walls to the north. At the other end of the village, just inside the entrance is the bale agung, the long rectangular bale where the village council meets. 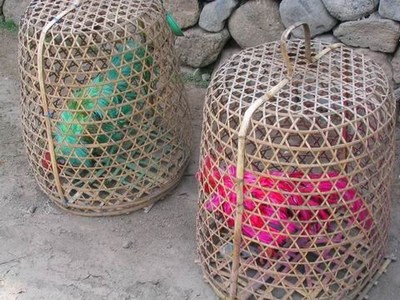 Legend has it that in the 14th Century, King Bedauli, the ruler of Bali, lost his favourite horse and offered a reward to anyone who could find it. The horse was eventually found dead near Tenganan and local people asked to be given the land as a reward. The king sent his representative to decide the boundary of the land to be given, and told him to include all the land where he could smell the dead horse. The local village chief accompanied him couldn’t figure out how he could smell the horse wherever he went, eventually drawing wide boundaries. Apparently the village chief had a chunk of horse meat inside his clothes. The descendents of the chief now work as money changers in Kuta.

The thing Tenganan does have is unique cultural history and a special weaving tradition. There are only 600 families in Tenganan, and locals are forbidden to marry outside of the village. If they do, they are banished from the village forever. A Tenganan local once told me that there are really 3 parts to the village, the western part, which is the proper part, the north eastern part which is where exiled locals go, and the south eastern part, where outsiders, Javanese and other Balinese live. 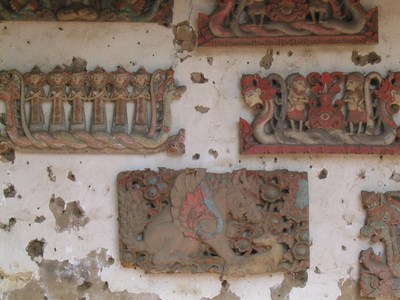 Tenganan is one of only 3 places in the world, the others being India and Japan, where a double ikat is woven. In a double ikat (cloth), the weft (longitudinal) and weave (lateral) threads are tied separately before being dyed, creating an intricate pattern. A single ikat takes 5 years to make and is used in religious ceremonies.

There is a 3 day festival held once a year in the village called UDABA SAMBAH and held mid-year usually in the months of Juni/Juli. When you visit Tenganan try and get there early in the morning to avoid the tourist buses as it does get quite like a circus. Best times are before 10am and after 4pm. The village is closed to outsiders and visitors after dark. Be aware also that you will have to pay a small parking fee outside.