World Mask Festival to be Held in Bali 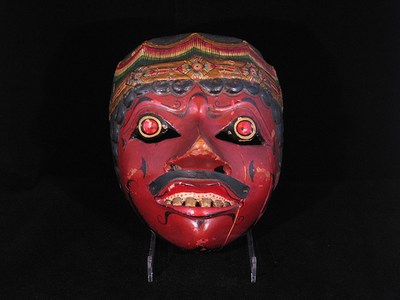 In Bahasa Indonesia they are known as topeng and indeed there are quite a variety and colour as well as expression to be found in Bali. Over the decades I have collected around sixty masks from across the archipelago and, if you are a collector of cultural items then there are many places to seek these out in Bali. In particular around the areas of Ubud.

Alternatively, you could attend the upcoming World Mask Festival which is to be held later on this year in the Buleleng region during November. The proposed dates are the 23rd-26th of that month. For those of you that have visited the Bali Arts Festival you will know of the cultural significance of topeng in dance drama.

Topeng is an Indonesian form of dance drama in which one or more dancers wear masks and perform ancient stories, often concerning ancient or mythical kings and heroes. It has its origins in the 17th century. Topeng dances are most prevalent in Bali and Java but are also found in other Indonesian islands such as Madura (off the coast of East Java). The dance is accompanied by gamelan music.

It is believed that the use of masks is related to the cult of the ancestors, which considered dancers the interpreters of the gods. Topeng performances open with a series of non-speaking, dancing masked characters that may not be related to the story that will be performed.

The (International Mask Culture and Arts Organization or IMACO regard masks as a cultural part of any culture and therefore support any mask festival occurring in the world.