The Crazy Signs and Things you See 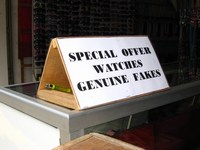 I am always on the lookout for crazy signs on my travels, things that put a different perspective on things, and just crazy things in general. Some of these I have found as I travel up-country in the island I am visiting, and others, well they are seen as I walk around the streets of towns or villages. They are the kind of signs that stand out and give you a rye smile. Naturally, we have all seen the mistakes in menus in warungs and restaurants like ‘Black Paper Steak’ instead of Black Pepper Steak. There are a lot of these signs around the place if you care to keep your eyes open. We all know that the watches that are sold on the streets in Kuta tourist strip are copies, but, people still buy them and they are a good deal. Well, sometimes.

Then there are those signs that are emphatically displayed to promote a place, in this case it was a heavy-metal and punk bar in Poppies Lane 2. Of course the ‘graffiti’ is somewhat agressive and anti-establishment, in general it does make its point quite clear. Unless you like heavy-metal music and are into punk gear etc, then don’t enter. There was a similar sign in Jakarta once but that soon disappeared along with the establishment.

Of course there are those worn on the person and I don’t mean tattoos. It’s quite obvious that this bike rider stuck in a traffic jam near Denpasar wants to make sure that nobody dares tackle them or give them a slice of ‘road rage’. But, maybe it is just a case of accepting the situation. 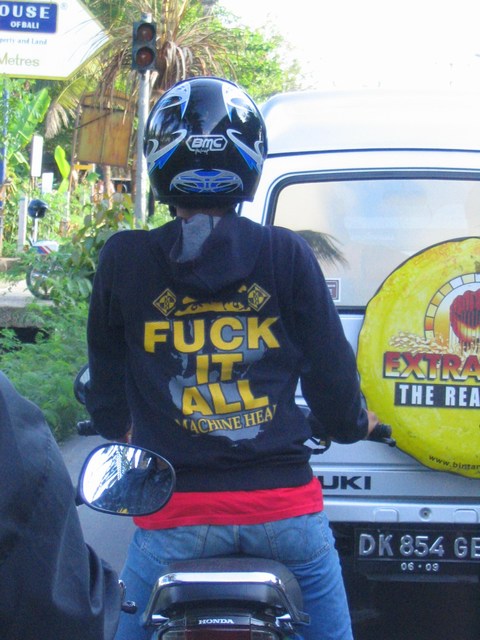