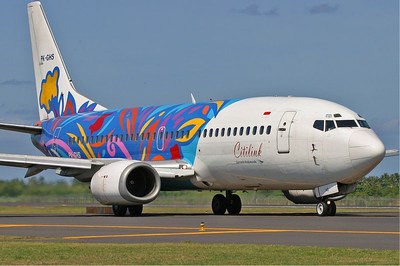 Budget airline carriers seem to be coming as going as the sun goes down and rises. In an article I recently wrote about airlines to use for getting to Bali from Australia, I mentioned that Strategic Air would be a great airline to use. For those who have already flown with this airline that has only been operating for 18 months they seem to be pleased with them.

But, as has happened with other budget carriers in the past, the hammer falls and I was informed that Strategic Air will now cease flights to Bali as of the 30th October. According to Strategic Air, the airline does have financial woes but intends on restructuring. What this actually means is anybody’s guess, but, I think they will be back on track [hopefully] in the near future.

What is good for Australian travellers is that the low-cost airline Citilink is considering taking up the reins in accordance with recent plans for international expansion. For those who don’t know, Citilink is a subsidiary airline of Garuda Indonesia.

Although I am a constant Garuda patriot, both domestically and internationally, I did have a soft spot for the long-time defunked Sempati Airlines. What’s your choice of airline?