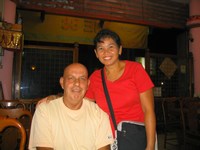 My upcoming itinerary will involve many islands culminating in a well deserved spell of R&R on the island of Bali. Having tramped, hiked, climbed and driven around and hiked up most of the places on the island, I came to the conclusion that I had in fact seen it all. I was a tad perplexed as to how I would ‘chill-out’ for a couple of months. My one cure for any kind of complacency is to take a road trip. But to where? Been there, done that, seen that. So, I put this poser to my wife Candika and as always (typical female) she came up with a good idea for a road trip. Yes, it had been quite a while since I had visited Negara in the west of Bali, and yes, it had been a very long time since I was last in Gilimanuk, the further most point west on the island. There I had it, a road trip a la re-visit. 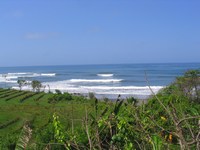 A few years back I did a road trip to the west but only as far Yehbuah and the nearby temple of Rambut Siwi. If I recall correctly, from there we headed up north at the turnoff from the village of Pekutatan to visit friends in Pupuan in the centre of Bali. One place I did enjoy on the last trip was a stopover at Soka Beach. Spectacular as it is with its panoramic views of the ocean and surrounding paddy fields, it has, unfortunately, been earmarked for villa development and so I am looking forward to seeing the progress on this issue. For those of you who have yet to visit Soka Beach, do so. There is an open-air restaurant there that serves reasonably good food but what I like the most about this place is sitting under the pagodas in the garden and relishing in the natural panoramas laid out before your eyes as you sip on an ice cold tea. On the main road west you pass through Soka and it is only a short three minutes off the main road to the restaurant. 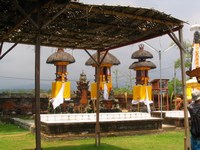 Of course a re-visit to Pura Rambut Siwi would have to be on the agenda. The temple is one of the coastal temples in Bali and is perched on a cliff. Actually, the temple is only about 16km west of Medewi and you cannot miss it as the temple is visible from the road albeit in the distance, however, there is a sign on the main road to point you in the right direction. The temple was founded in the 16th Century by a Hindu priest from Java named Niratha. He loved the location and after building the temple spent his time spreading the Hindu religion in the Bali. Before he left the temple he gave a lock of his hair and a set of his clothes which are supposedly still at Pura Rambut Siwi stored in the inner courtyard. The temple is now known as ‘the temple for worshipping the hair’. At the rear of the temple there are steps with large dragon like creatures either side. Dragons aren’t a part of Balinese Hinduism and I found it unusual to see them there as were the plate sized Chinese coin that is in the outer wall of the inner compound. As you walk down through the temple you will finally come to the edge of the cliff. It is here you will see the shrine sitting on the beach.

Negara really isn’t for everyone. It’s hot and dusty and is the main town in west Bali. Most visitors to Bali will have little reason for visiting Negara, other than for the mecepung (buffalo races) in Perancak. Negara has a strong Muslim influence being located close to Java, with a large mosque in the center of town. The town has wide streets and your usual warungs serving the local fare. Negara doesn’t have much to offer but they do have a bamboo gamelan orchestra which the area is famous for. This is called a gamelan jegog. To the south of Negara is Loloan Timur, which is a traditional Bugis community. The Muslims in Negara originate from south Sulawesi, descendents of the famous Bugis sailors, who would ply their trade in eastern Indonesia as well as dabbling in a spot of piracy, hence the Boogey Man association. The Bugis were responsible for introducing the mekepung races to Negara. Traditional Bugis style houses built on stilts remain in the area, which is only 10 minutes from Central Negara.

After spending enough time in Negara it is then off to Gililmanuk. This is definitely not your tourist destination as it has very little to offer. It does, however, offer spectacular views across the straits to Java on a clear day, and is an excellent stop-off point for Bali Barat National Park. I am interested to see just how much the place has changed. Gilimanuk is the gateway to Java and I will be interested to see if my itchy feet and my love of Java will see me boarding the ferry to one of my favourite islands in the archipelago. 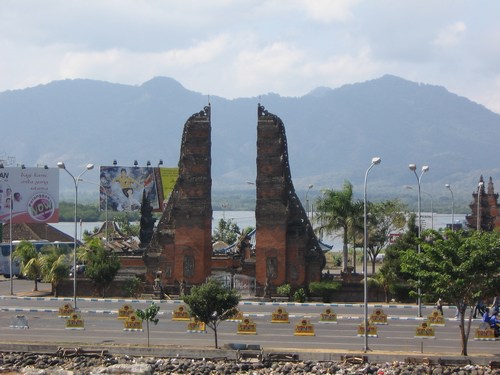