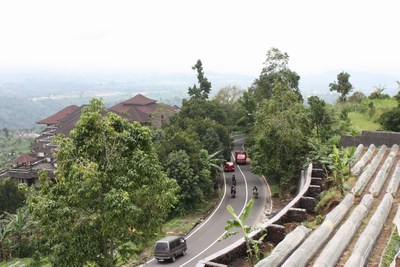 A two hour drive north of Kuta will bring you to one of the most photographed temples on the island of Bali – Pura Ulun Danau Bratan near Bedugul. It lies on the shores of Danau Bratan and is one of Bali’s kayangan jagat or directional temples and protects Bali from evil spirits from the north-west. It is also a common directional indicator used by locals when referring to the area of the three western mountain lakes. Pura Ulun Danau Bratan was built in 1633 by the Raja of Mengwi on the western shore of Danau Bratan.

The Balinese people rely on their rice harvest and the Goddess of water and fertility, Dewi Danu, who is the deity honoured here. The temple itself sits in well manicured gardens. The two obvious part of the temple are the structures set on land and the ones set on a point, extending into the lake. The temples grounds have an assortment of structures including the multi-tiered meru. 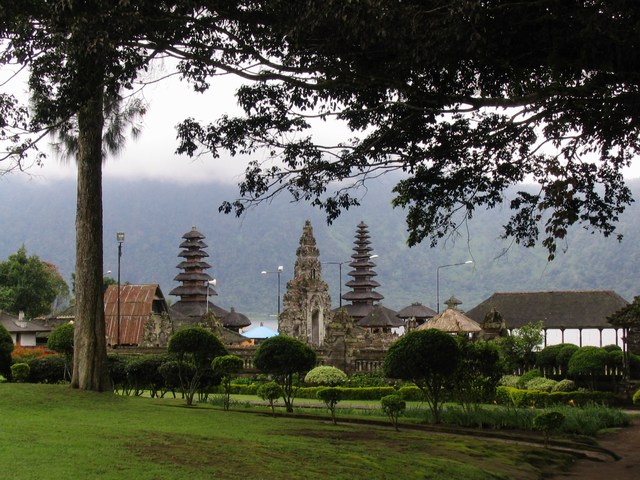 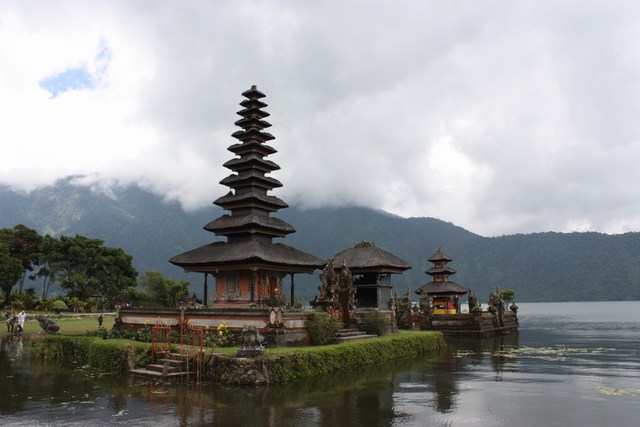 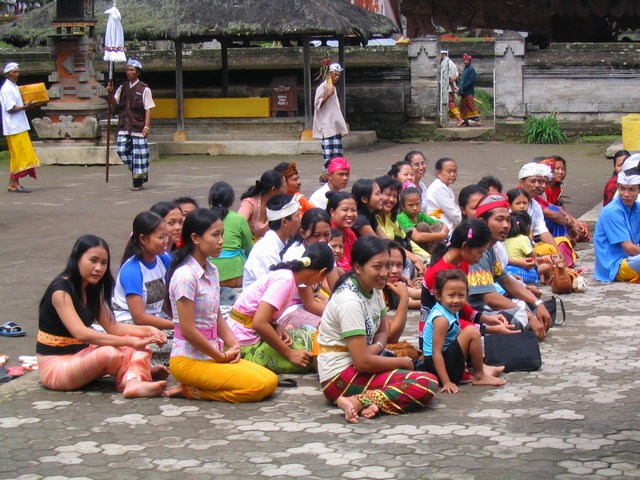 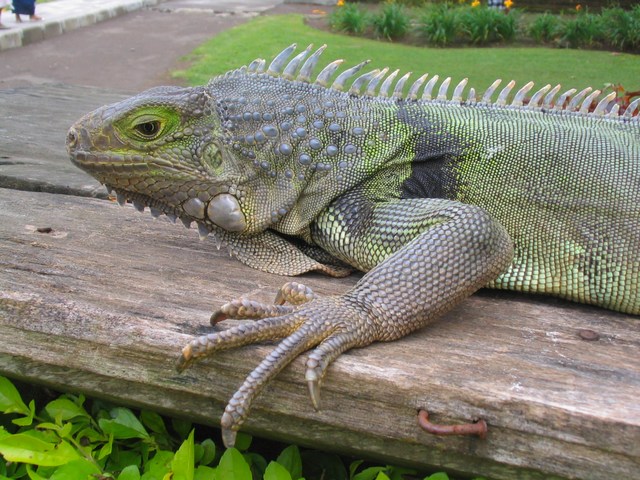 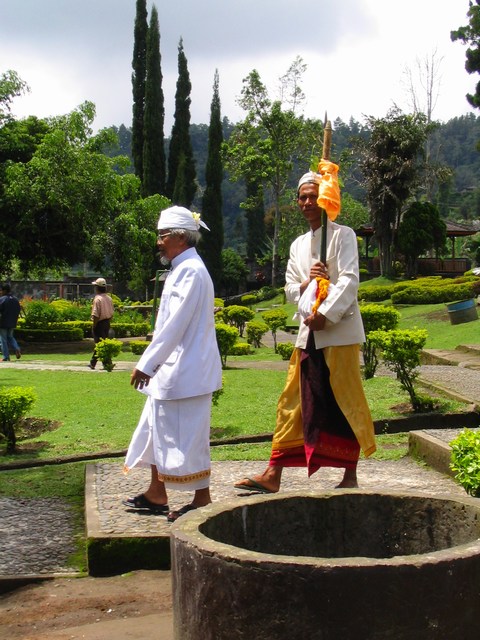 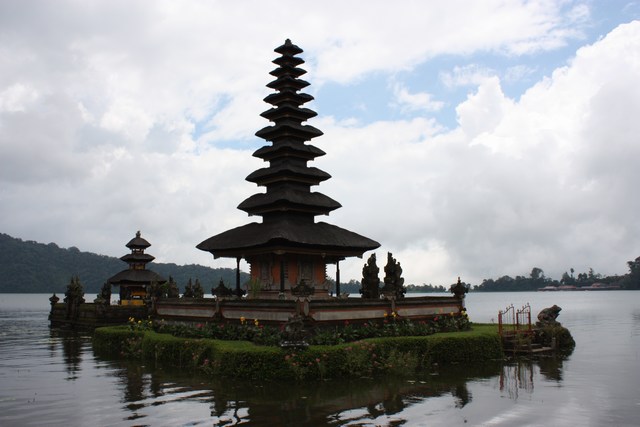