Lion Air to Begin Flights from Bali to Singapore 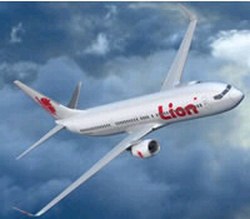 Many times I have been tempted just to head out of Indonesia and over to Singapore for a week or so break. As cheap as it is to get there from Jakarta, it’s going to be even better now that Lion Air will fly direst to Singapore from Bali. This is good news for those travellers on a RTW trip wanting to go direct to Bali from South-East Asia. It is also good news for those residents who want to holiday in Bali. Indonesia’s Lion Air has declared its intention to begin flying between Bali and Singapore in June or July 2008, utilizing Boeing 737-900ER aircraft. As reported in Bisnis Indonesia, the public relations manager of Lion Air, Hasyim Alhabsi, said service would initially be once each day with additional flights to follow.

Alhabsi told the press that the Bali-Singapore flights would strengthen the Airline’s new service between Jakarta and Vietnam, explaining “passengers to Vietnam can fly from Jakarta or via Denpasar, Bali.”

In order to stimulate the Vietnamese market Lion Air recently brought 30 Vietnamese travel agents to Bali on a familiarization tour.

Lion Air is seeking a share of the additional flight frequencies recently promised by the Indonesian government on the Bali-Singapore sector.

The airline is awaiting the delivery of a new Boeing 737-900ER aircraft that arrived in Indonesia on April 20, 2008 according to Bali Discovery.