Is a New Airport Needed in Bali? 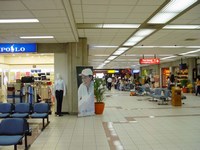 With Garuda Indonesia offering three flights a day ex Perth and Indojet offering fares of $195 to the island, it is no wonder that tourism is booming. Already this year the tourist arrivals have exceeded all expectation and looking to increase even more before the end of the year. On top of that, it is expected that tourist record numbers will far outstrip this year’s figures. So, is Bali in need of a new or alternative airport to cope with this massive influx? The airport seems to have expanded as much and as far as it can. Now, it is truly an international airport to rival many others in this world as far as services are concerned and the airline traffic continues to increase. The proposed new airport in Lombok seems to be an alternative, but, most tourists would prefer to fly direct to Bali rather than via Lombok. This will inevitably see the construction of a new airport in Bali. Or will it? According to Tourism Minister Wacik, “Ngurah Rai Airport is overloaded and difficult to expand by lengthening the runway, widening runways to accommodate larger aircraft or expanding apron areas”.