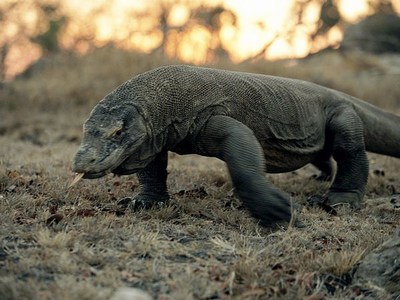 The island of Komodo located between Sumbawa and Flores, is the home of the Komodo Dragon which is the largest monitor lizard in the world and is he sole survivor of the dinosaurs in Indonesia. The island is surrounded by some of the most treacherous currents around and that combined with the arid tropical savannah has kept people away. The Komodo Dragons were only discovered in 1912 when some fishermen were forced to stop there.

These endangered species dragons are the world’s largest lizards and possess razor sharp teeth. Their mouths are a bacteria pit, containing more than 60 different disease inducing nasties Deer and other mammals are prey to this creature and after one vicious bite, nature and the humid climate take care of the rest. Even more so now these fascinating creatures are critically endangered.

For those wishing to give support to the dragons and you are in Bali at the end of this month then there is a great concert planned for Saturday, July 30th on Kuta Beach at 6:00 p.m. This concert is part of a nationwide “Komodo Awareness” campaign. Komodo Island and its environs need protecting as do the inhabitants; dinosaur-like as they are. 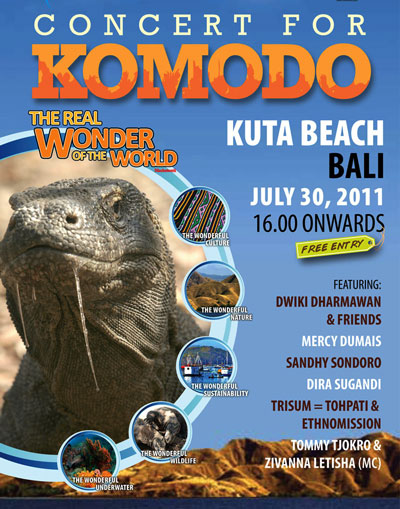