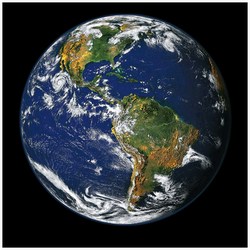 Today across the world it is Earth Day and this is day each year that marks the anniversary of the birth of the modern environmental movement in 1970. Actually the first Earth Day led to the creation of the United States Environmental Protection Agency. This in turn led to the passage of the Clean Air, Clean Water, and Endangered Species acts. Earth Day became a global event in 1990 and gave a huge boost to recycling efforts worldwide. From previous Earth Days a lot of progress has been made to protect our planet. For instance, the1992 United Nations Earth Summit in Rio de Janeiro. Since then, the Global Summit in Bali. On the island of Bali today it will be a day of cleaning up.

Here is an interesting article relating to Earth Day in Bali:

Several non-government environmental groups are preparing community activities for Earth Day on April 22. The Nature Conservancy (TNC) is preparing clean-up activities for the shores of Nusa Lembongan, an island off the south-eastern coast of Bali.

He said the activity would involve local residents and hotel and resort employees.

“The clean-up will be carried out at the beach around their hotels and restaurants, so they are expected to show they care for their surrounding environment and join in the event,” he said.

He said the group hoped the clean-up would become a regular monthly activity because the people on the island would enjoy the benefits themselves.

With its pristine beaches, magnificent underwater landscape and isolated geographic position, Nusa Lembongan has become the top destination for travelers who want to escape the hustle and bustle of mainland Bali’s beaches, such as Kuta and Sanur.

The organization is also planning a drawing and coloring competition for elementary school students on April 22 at the Bali Hyatt Hotel.

“We are cooperating with Bali Hyatt Group and Bali Hotels’ Public Relations Association for the event,” he said.

He said the aim of the event was to commemorate the 2008 International Year of the Reef.

“That is why the theme for the event is fish and reefs,” he said.
He said by involving elementary school students in the event, the organizers expected to be able to raise environmental awareness among the younger members of society.

“It will also be easier to raise the awareness of their parents if we approach the children first,” he said.

Veronika Niken from the Indonesian Reef Check Foundation said the group would officially launch the Sea Preservation Area at Bondalem Village in the northern coastal regency of Singaraja on Earth Day.

“We will also inaugurate the Reef Check Center in Sembiran Village of Tejakula District in Buleleng Regency,” she told the Post.

The center will be used as a center for education and research on coral reefs.

She said her group had previously organized a series of education campaigns for school children and teachers on ways to deal with plastic waste and how to preserve the coral.

Coastal resource management specialist Yan Manuputi of Reef Check said the group had been working in Bondalem Village since 2005.

“So far we have seen people at the village have a lot of enthusiasm for preserving their environment, when it comes to the sea,” he said.

At first he said the condition of the coral in the region was quite worrisome but with people’s increasing awareness, he expected the situation would continue to improve.

Coral reefs in Bali’s northern coastal region have suffered a lot of damage from illegal fishing methods, such as the use of explosives and poison, unchecked development and the outbreak of the coral reefs’ natural predator, the crown-of-thorns starfish (Acanthaster planci).