7 Things to Avoid in Bali 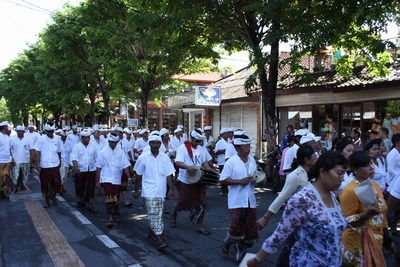 Bali is without a doubt a budget-travellers mecca in South-East Asia and at the moment Bali is buzzing with tourists and it’s a great time to visit this beautiful island. The weather is perfect and even better, the exchange rates for most currencies is higher than it has been. The shopping is ideal and bargains abound at every corner. Even better, great deals are to be had for package tourists.

Unfortunately in Bali there can be a lot of hassles. Apart from the usual getting ill from eating a bad plate of prawns or getting in a collision on your motorbike, there are several other things you should be aware of. Don’t misunderstand me, Bali is perfectly safe but like anywhere you travel in this world, shit happens. Here are just seven of the things to avoid so your holiday isn’t marred.

Arguments with Customs: Most of us at one time or another have been hassled by Customs at Ngurah Rai International airport upon arrival. It is useless to argue with them if they want to check your bags even though you know you don’t have that extra bottle of booze stashed away or that extra carton of fags. Arguing with them or refusing them will only give you more headaches. The best thing to do is be polite and comply with their requests.

Taxis that don’t use the Meter: It has happened go me on occasions and you can argue with them till you are blue in the face but it will only end up in big hassles, not only from their ‘friends’ but from the cops. Before you enter a taxi it is best to ask them to use the meter. In fact, to avoid all hassles with crappy and devious taxis, just use the Bluebird taxis. They always use the meters and the drivers are polite.

Unregistered Money-Changers: Find yourself a good moneychanger and make sure they are registered. You will definitely know this as their exchange rate will be the same as most of the other moneychangers. Any one that has an exorbitantly high rate is guaranteed to rip you off.

Walking Home by Yourself at Night: Always be careful walking back to your hotel late at night. It is far better to get a recognised taxi and if you have to walk, then walk back with friends. There are unscrupulous people out there who would take advantage of a lone woman under the influence of alcohol.

Avoid Flashing Money: Definitely don’t flash your money in public. Opening your wallet or purse in an obvious manner for all to see will only invite trouble. Yes, there are pickpockets and thieves in Bali. Let’s get this clear, it’s NOT the Balinese but others who come to this island to make money and, do it anyway they can. If that means ripping off tourists then they will do that without feeling guilty whatsoever.

Buying Drugs: Never carry drugs into Bali or the rest of Indonesia. There is a high probability that you will be caught. You only have to read about those people squandering in Bali prisons to realise it is fucking stupid. Also, don’t buy drugs on the streets. Nine times out of ten you will be arrested.

Hustlers on the Streets: It’s an unfortunate part of travelling in developing countries that you will be hassled by street beggars. Maybe some of them are genuine but, a majority are not. Giving money to them is actually not going to them per sae but another party. The same applies for those kids on the streets trying to sell you leather wristbands. They get a mere pittance from their ‘boss’.

Avoid the Heat of the Day: It can get really hot during the middle of the day and late afternoon. If you are not drinking enough fluids [and I don’t mean beer!] then dehydration can set in quicker than you realise. If you are going to walk around the streets shopping then do it first thing in the morning or at night.