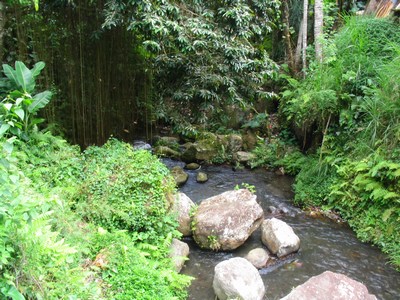 When I first started travelling to Bali in the 70’s, tourism was a low number factor but, as the years passed the increase in tourism and people numbers rose dramatically. As we all know, Bali is only a small island and the constant draw of water to be used in the many hotels eventually would have its impact on the water table. I remember an article written in the Jakarta Post by a professor at Udayana University in Bali where he stated Bali would run out of drinking water by 2010.

He was not far wrong in his prediction and now, according to an article I was reading the other day, suitable investors are being sought to help convert sea water into potable water on a commercial quantity basis. In other words, build desalination plants across the island.

I was surprised to read in the article that ‘The current demand for clean water by a five star hotels in Bal has hit an average of 50,000 liters per day. Meanwhile, the demand for water at the Ngurah Rai International Airport is put at 2 million liters per day. Given this high rate of water consumption in Bali and the current fresh water deficit on the island, Bali is facing a severe water crisis in the coming five years’

Hopefully when these new desalination plants are built in Sanur and Nusa Dua then Bali will continue as a paradise island attracting more and more tourists. Agriculture has been one sector of Balinese life that has been affected by this mass tourism use of water.