The Royal Courts of Justice – Klungkung 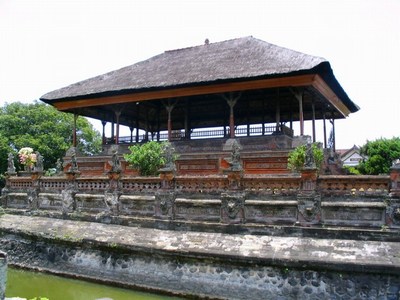 The former Royal Courts of Justice in Klungkung, East Bali, is more commonly known as Kerta Gosa and besides being of historic and archaeological interest it is a delightful place set in a courtyard of ponds. The centrepoint of Kerta Gosa is the elaborately decorated ceiling featuring the wayang style of painting. Kerta Gosa is located right in the centre of Klungkung next to the main roundabout. The gardens in which Kerta Gosa sits, was built in 1710.

The decorated ceiling has terrifying artwork depicting good versus evil. As you admire the murals you could almost imagine the criminals facing trial cringing before the judges realizing the seriousness of their actions. The Hall of Justice sports gruesome paintings highlighting what happened to sinners. Above these panels is the story of Bima Swarga, who goes to hell to search and redeem his parent’s souls. 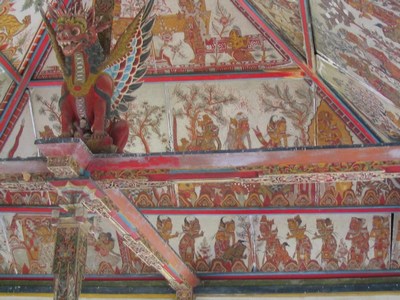 The style of the paintings is Kamasan (wayang) and has a 2-dimensional puppet-like appearance, as it takes its form from the wayang kulit. The humid atmosphere and lack of close attention mean these precious pieces are deteriorating and unfortunately it won’t be long before they are lost forever.

Restoration work of these murals began in 1960 where they were transferred to fibrous cement sheets. More restoration was done 15 years ago but the painting area again is falling into disrepair as they are open to the elements. The other bale structures have some decoration and the museum, set back from the road, features early farming tools, paintings, models, kris (traditional knives) and other items including a Barong, the lion dance costume. 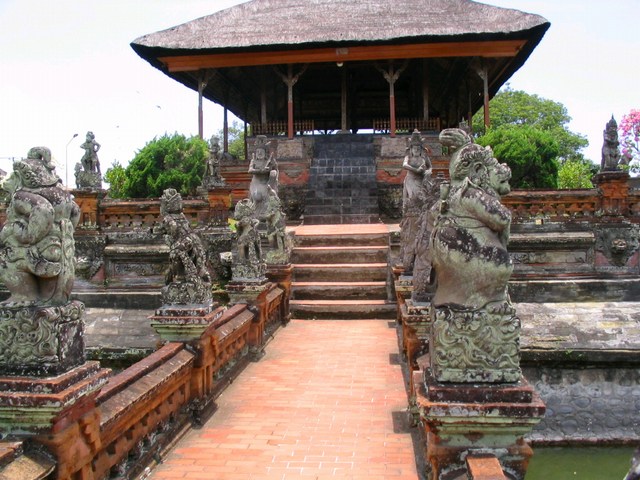 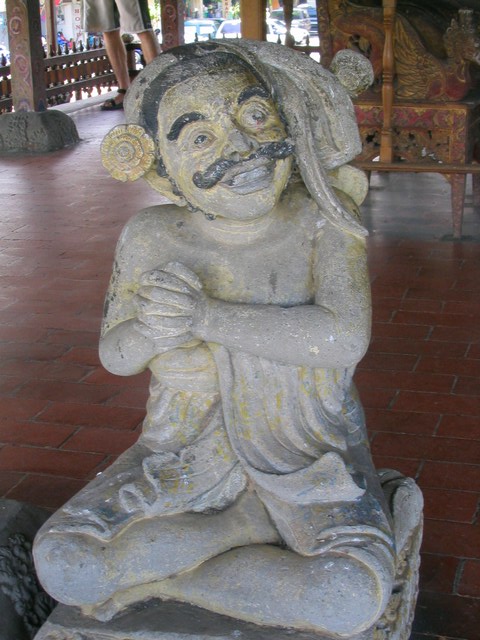 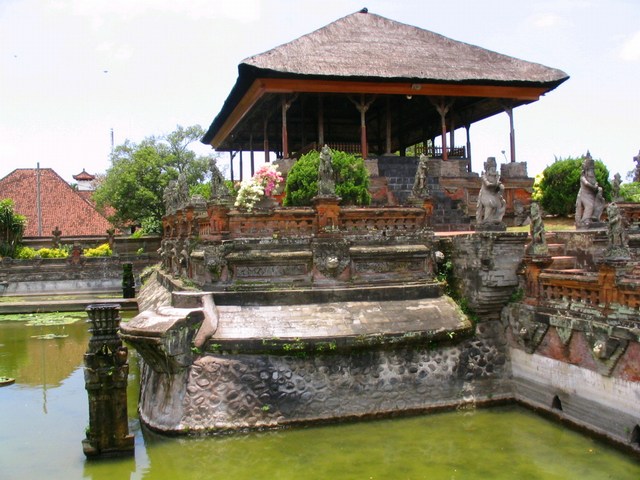 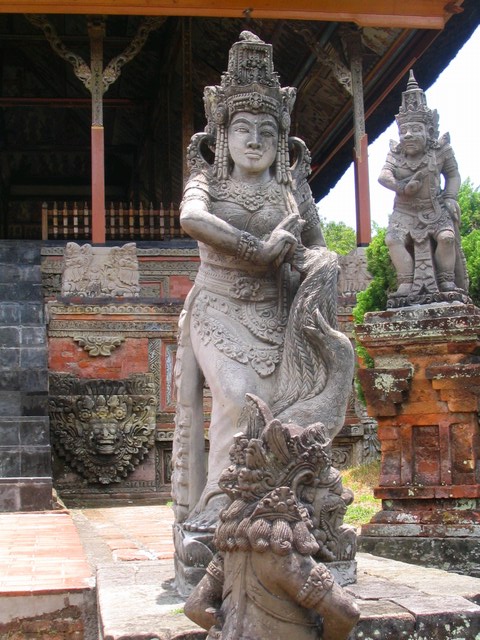