The Major Towns of Bali 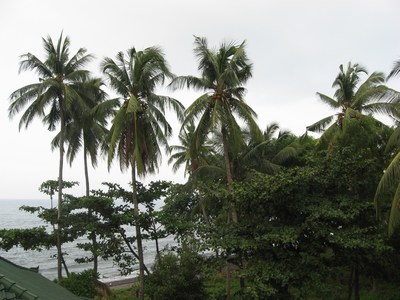 It is always great to get out of the crazy mania that is the tourist strip in Bali and take a road trip out into the countryside. I am constantly talking to people after their roadtrips and often ask them did you stop in this town or that town. It is amazing just how much people miss out on by not stopping in the major towns in Bali.

To a majority of tourists these major towns look the same and uninteresting. But if you take the time out to walk along the streets, enter the traditional markets or even chat with the locals, you will be pleasantly surprised.

For those independent travellers, the major towns I have listed all have the large bus terminals where you can connect to various part of the island. Travelling by local bus is an adventure in itself and for those who have yet to try it, I urge you to at least give it a go once on your travels to Bali. 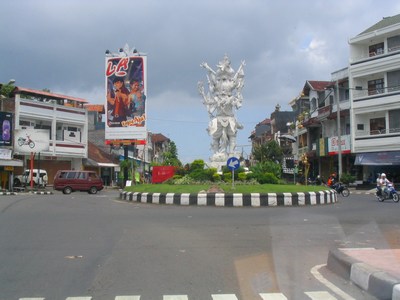 Tabanan: Tabanan is just like any other large town that you would pass through on your day trips in Bali. When you travel to the west of Bali or travel north to Gunung Batakau and even certain areas in west-central Bali then you will pass through Tabanan. It’s dusty in the dry season and seems to get very hot but if you look carefully then you will be aware of an enchanting place worthy of a stopover.

What I like about the town are the numerous statues, some in plain view and others seemingly hiding on the side of the road. Tabanan is a bustling mini-metropolis with small industries and you will find a lot of the shops are Chinese owned which accounts for its numerous Chinese residents. The town was once a powerful kingdom in the 17th century and the town is famous for its gamelan. 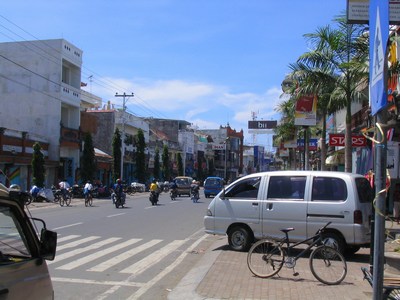 Singaraja: This town is often referred to as Lion City. Located on the north coast just east of Lovina, Singaraja was once the capital of Bali under Dutch colonial administration. It is a place not renowned for people to stay overnight or for a few days and most travellers travel further along the coastline to places like Lovina where the accommodation is more prodigious and of better quality.

However, it is a city of charm with its wide, tree-lined streets and Dutch colonial architecture present every where you look. Singaraja is also an educational centre having two university campuses. But, that is not all that the Lion city has to offer.

Being steeped in history, Singaraja has some great places to visit as well as some really good warungs and restaurants, and, not to forget the numerous market places. A turn down any corner will reveal a surprise and the people are amongst the friendliest on the island. 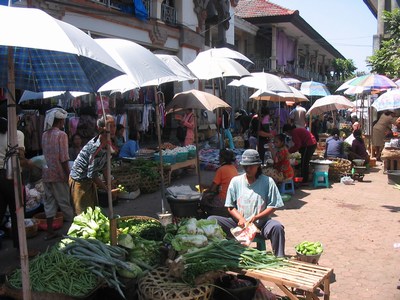 Gianyar: Gianyar is the capital of the Gianyar kabupaten (regency), the same regency that includes the town of Ubud. Your reasons for going to Gianyar may vary and the most common reason is you are just passing through on your way to East Bali or Kintamani.

Gianyar is also a centre for Balinese weaving and has several jeweller’s shops selling traditional gold jewellery. Located in town is the palace, Puri Gianyar, built in 19th century. Puri Gianyar is one of the few traditional Balinese palaces still in existence and one of the only ones still lived in by a royal family.

A familiar landmark downtown is the huge white statues of Krisna on his 3-horse chariot and Vishnu on the shoulders of the winged horse Garuda. 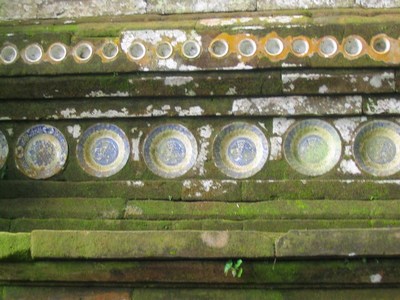 Bangli: Located in the southern part of the regency, on the foothills of Gunung Batur. The ancient Kehen Temple ( Pura Kehen) in Bangli, is famous for its enormous Banyan Tree. The temple walls are inlayed with pieces of chipped porcelain and the upper sanctuary has 11 tapering merus ( resting places of the gods).

There is a small museum,Saison Buddha Bangle, nearby. Every 3 years the Kehen temple celebrates a unique festival, in which offerings tower high in the courtyard and ritual Baris Warriors Dances are performed utilizing different weapons. The nearby Sasana Art Centre also organizes the occasional art & dance performance. The view beyond the town of Bangli, from Demulih Hill offers an astounding view. 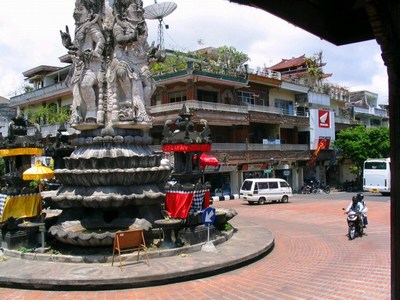 Klungkung: The town of Klungkung is the capital of Klungkung regency, which includes the islands surrounding Nusa Lembongan and it has an important history. After the Majapahit invasion of Bali in 1343, the new rulers set up a court at Gelgel, which is south of Klungkung. The prime minister of the Majapahit empire, Gajah Mada, appointed a Dewa Aging, which means ‘Great God’ to rule over the entire island. The Dewa Agung was for almost 200 years based in Gelgel.

When the Majapahit empire in Java, fell in 1515, to the advancing Muslim, Mataram empire, Bali received an influx of Javanese artisans and members of the royal court and during that era, Gelgel became a center for the arts. The court was moved to Klungkung at the end of the 17th century. Bali developed separate kingdoms soon after and the strength off Klungkung was over. 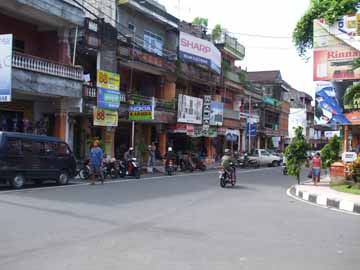 Amlapura: The name of the town used to be Karangasem, the same name as the district, but was changed in 1963 after the eruption of Gunung Agung.This city has a small one-way system downtown which is really easy to navigate (if I say its easy, its easy).

For the tourist passing through there are local warungs along the main street, Jl. Patih Jelantik, though nothing to write home about. Amlapura does not have any bars, although there is a nightmarket, serving a selection of local food. The population of Amlapura is a mixture of Balinese Hindu’s Chinese and Muslims, evidence of its turbulent history. 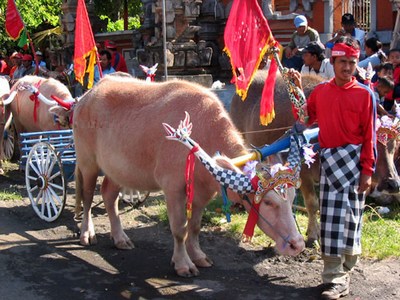 Negara: is the main town in west Bali in the district of Jembrana. Most visitors to Bali will have little reason for visiting Negara, other than for the mecepung (buffalo) races in Perancak close by, or to drive through on the main road to the port of Gilimanuk.

Negara The town has a strong Muslim influence being located close to Java, with a large mosque in the center of town. Situated on flat land, Negara had wide streets, local warungs and sparce accommodation options. One block south of the main through road is Jl. Ngurah Rai, which is a handy place for a pitstop. Located there are a couple of banks with ATM machines, a petrol station and Hardy’s supermarket.

Highlights of Negara itself, other than the buffalo races include the bamboo gamelan orchestra which the area is famous for. This is called a gamelan jegog and some tourist buses heading to Java will stop for lunch which includes a short gamelan display. Directly to the north of Negara, following the large roads running out of downtown, one can very quickly access some lovely scenery. Simply head north on any route, most of which are decent enough for cars and you’ll escape downtown and be amongst Balinese villages and curving roads with great views of the coast.