The Hypocrisy of it All 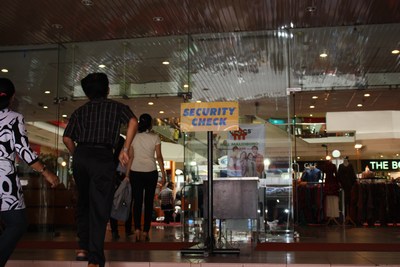 Most of you that have tramped around the Malls in Bali have experienced the norm of going through the security checks before you enter. Fabulous idea and highly warranted considering the amount of terrorist attacks throughout the archipelago of recent years. You know the routine; approach the security guard, have your bag scanned and, in most cases, you open your bag so the embarrassed security guard can look inside.

However, in Yogyakarta they do things kinda different. The classic example was one night as Candika and I entered Malioboro Mall on Jalan Malioboro. I approached the security guard and offered up my battered and well-travelled shoulder bag for inspection. He banged the bag with the hand-scanner, ran over it three times and then I had to open it. That’s cool; I don’t have a problem with that.

Now, here is where the hypocrisy part comes in. Candika offered up her bag for inspection. The security guard waived her past politely saying “No need, you’re Indonesian” I got to thinking about this and after a cup or two of Sumatran Mandehling coffee I returned outside of the Mall for a bit of observation. 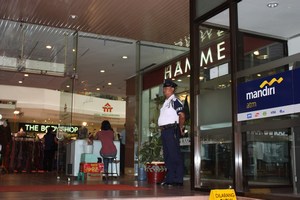 Sure enough, every Indonesian walked past the security guard without being inspected or challenged. There were, however, a few westerners who received the same treatment as I did.

Where’s the hypocrisy in all of this? Simple. All this occurred in the city where Jemaah Islamiyah was virtually spawned. Tell me, when did you last hear of a westerner blowing something up in Indonesia? What I should have said to the security guard is “Watch out, the DSLR is loaded!”