The Holy Springs of Tirta Empul in Bali 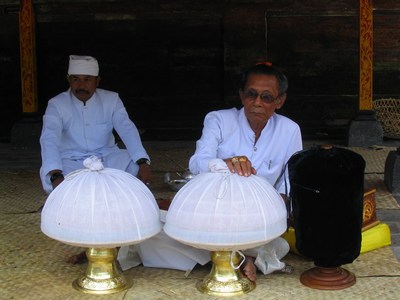 North of Tampaksaring on the road to Kintamani you will see the turnoff to Tirta Empul. It is to here that the Balinese come from all over the island on pilgrimages to bathe in the holy springs and thus cleanse themselves spiritually.

Legend tells how the springs were first tapped by the god Indra during his battle with the evil Mayadanawa who was an early ruler of Pejeng. Mayadanawa had poisoned the nearby river and made hundreds of Indra’s retainers ill, so Indra pierced the earth to release a spring of pure and sacred water, the elixir of mortality, thus reviving his ailing troops. This new spring was named Tirta Empul and ever since has been considered the holiest place in Bali since the 10th century. 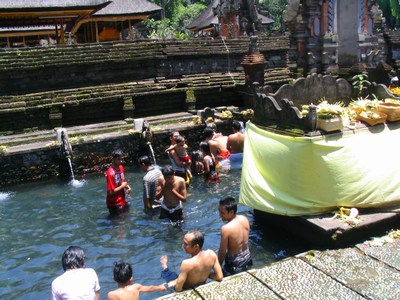 Around the pools an elegantly ornate temple has been built and, whilst I was there, devotees were in prayer and others leaving after finishing their devotion and with even more entering to pray and bathe in the pools. Everywhere you looked in the complex Balinese in ceremonial attire carrying offerings and receiving blessings were prominent as were a multitude of Pedanda’s.

In the Jeroan, I was fascinated with the clarity and freshness of the spring water bubbling out into the enclosed and rectangular pool. It truly is mesmerising. 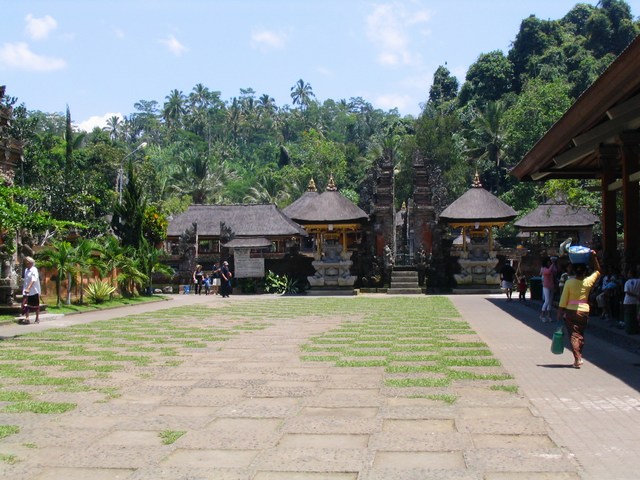 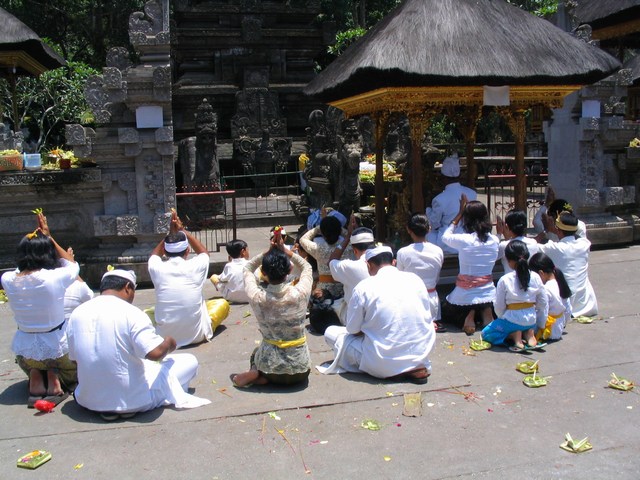 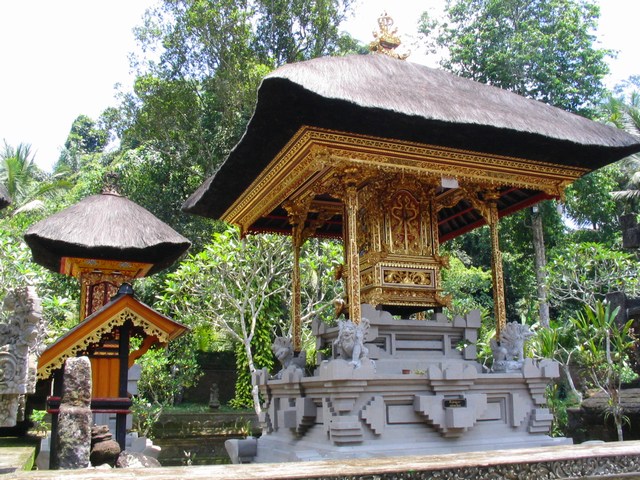 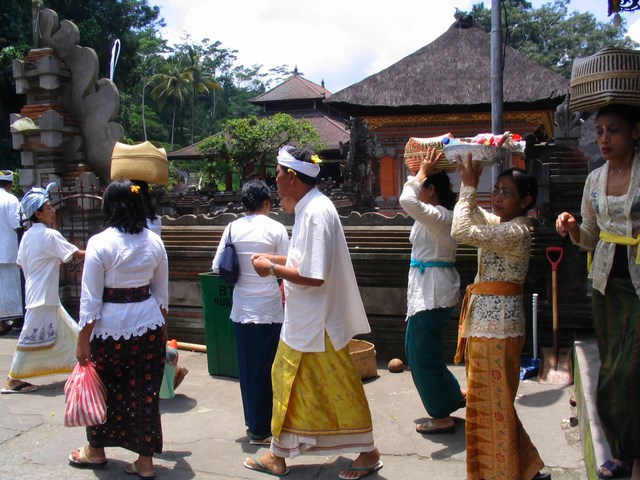 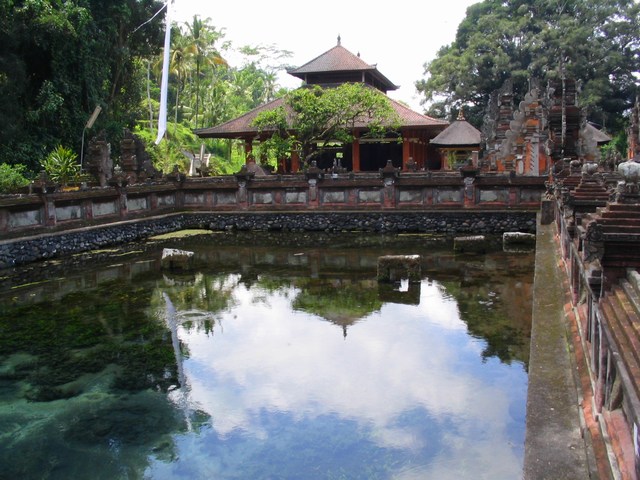