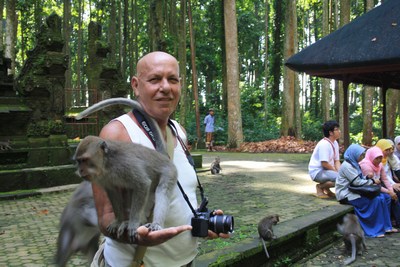 The most popular place on Bali for simians is, without a doubt, the Sangeh Monkey Forest and a place that is inundated on a daily basis by hordes of camera toting tourist. The monkey forest at Sangeh has a mischievous clan of monkeys and now it will cost you a Rp20,000 entrance fee. The monkeys here are friendly, to a point, downright thieves and can be aggressive especially if there is a baby monkey in the vicinity. It’s a cool place to go but has more to offer than just monkeys. Inside is a temple.

Being set within a large growth of nutmeg (pala) trees, Pura Bukit Sari was built in the 17th century as a meditation temple by the son of the King of Mengwi but now it is an irrigation or subak temple. It is definitely an eerie temple and especially at sunrise when the monkeys come down to feed as the streaks of early morning light filter through the trees canopy. 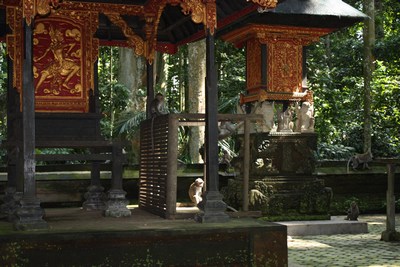 The grey-stone and weather-beaten temple is in a square compound with stone-carved reliefs and a thatched meru. Although not as appealing as many of the temples in Bali are, it is simply constructed and is a fine example of a subak temple and is important to the area. The main feature you will notice is the large garuda statue seemingly guarding the temple whereas in fact it is the monkeys that are the guardians of this peaceful place.

There is an intriguing local legend attached to the monkey forest: The forest was created when Rama’s general, the monkey king Hanuman, attempted to annihilate Rama’s enemy Rawana and his army by squashing them between two halves of Mount Meru. In the process of doing so part of the mountain fell to earth at Sangeh along with hordes of Hanuman’s army monkeys just left clinging to the nutmeg trees and the result being the creation of Bukit Sari.

Intriguing as this legend is, if you retain this in your mind as you walk the path that runs clockwise through the forest and down to the river then it is your imagination that could re-create the legend for you. 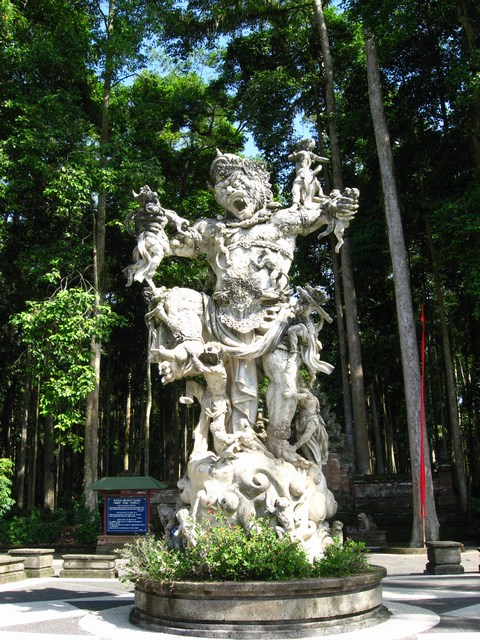 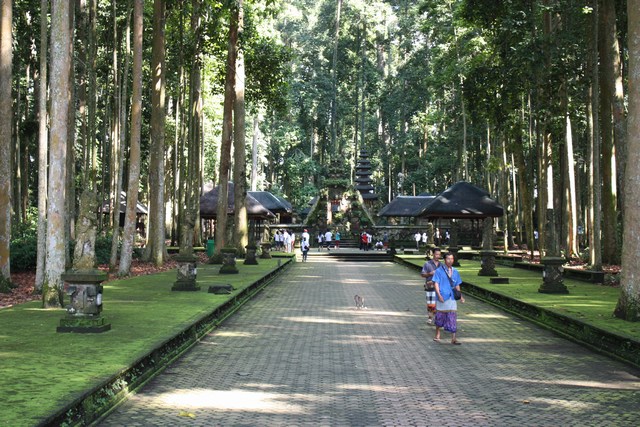 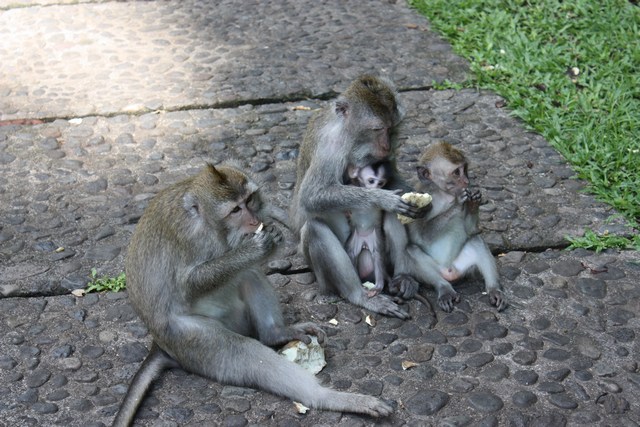 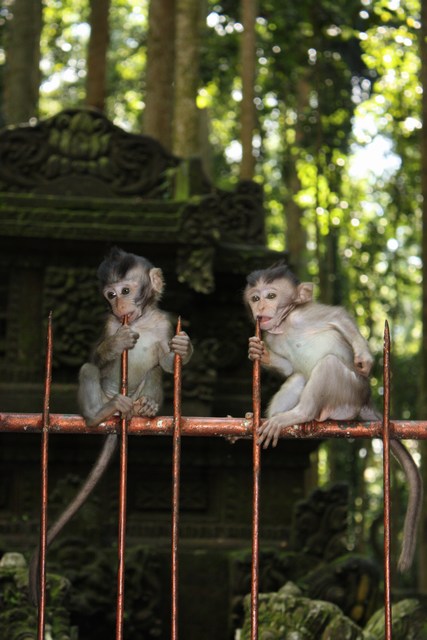 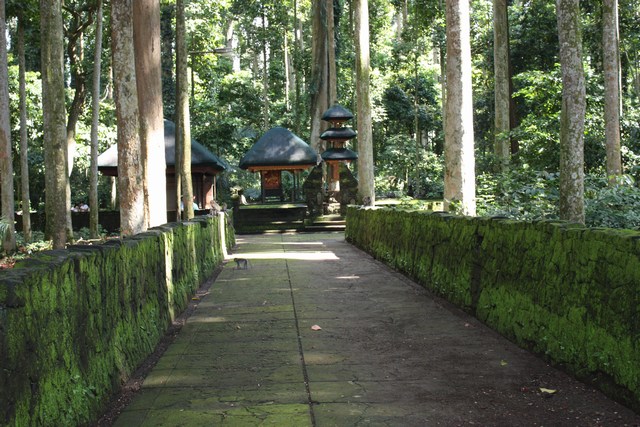 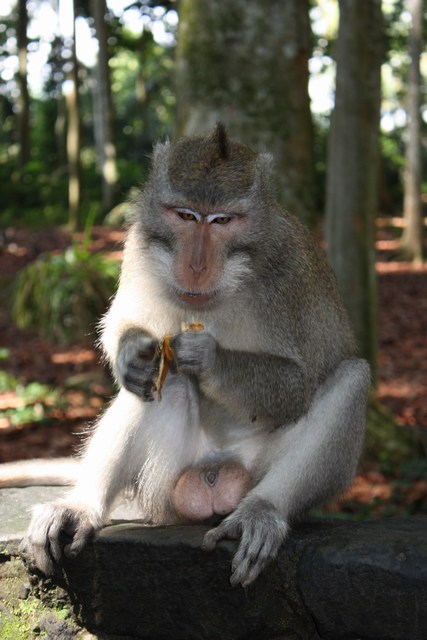 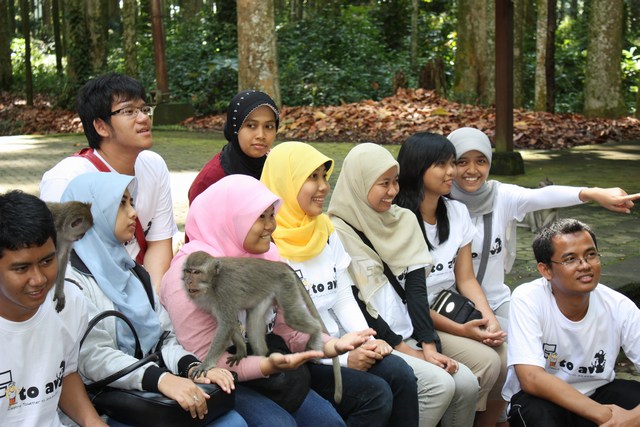 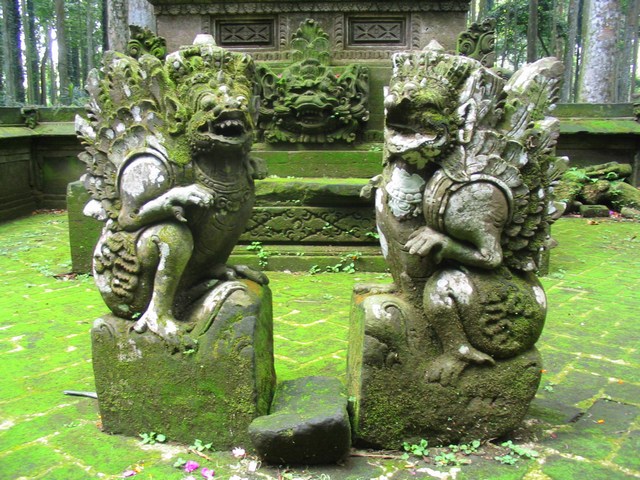 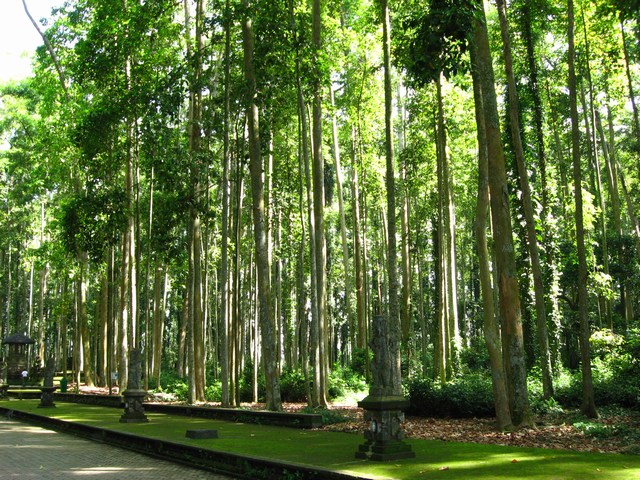