Rupiah to be Denominated? 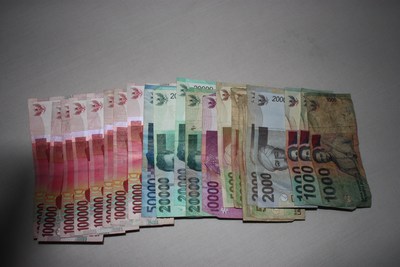 I received a phone call last night from a dear friend in Java bellowing that she is going to lose all her money (Rupiah) in the bank because the Bank of Indonesia governor stated there is scope for a possible Rupiah denomination. This is mainly because of the Rupiah’s performance against the US dollar o the exchange rate. My friend thought it was devaluation. Heck, I’d be panicking then!

Have no fear folks as this is only being considered and it’s not as drastic demise in your savings or even when you travel to Bali on holidays and you might think your dollar won’t be worth much on the exchange market.

According to the article in the Jakarta Post, the Bank Indonesia is considering the possibility of eliminating zero digits in the currency’s nominal value. In addition Bank Indonesia Governor Darmin Nasution says that no one would suffer losses if rupiah is denominated and that BI would socialize the rupiah denomination plan for ten years to avoid confusion among the people.

I liked the example they gave in the article – “[With the denomination], you just need to buy a shoe worth Rp 300,000 under the previous banknote with Rp 300 under the new banknote,”

Now, I am confused! But, hey, it’s Indonesia…