Public Holidays in Indonesia (and Bali) for 2010 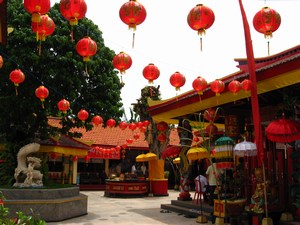 There is always a festival of some kind happening in Bali every day. A majority are temple festivals but there are those special dates in the Balinese Calendar that are respected. Besides the Balinese festival days and public holidays, there are numerous celebratory days around Indonesia

To help you with some of these dates and to give you an idea if these festival days are happening when you are in Bali, below is the list of public holidays in Indonesia and Bali for 2010. The one I am especially looking forward to is Nyepi as it has been quite a few years since I last enjoyed the celebrations. Candika, being Chinese-Javanese always celebrates Chinese New Year.