Photo of the Day: Matahari Square 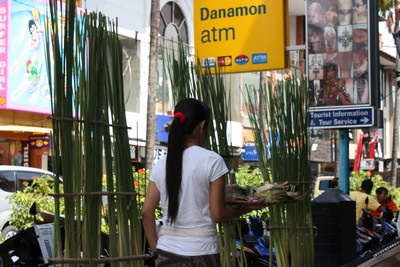 Most newcomers to Bali generally head to Matahari Square for a bit of shopping and window-gazing. Although becoming less popular as an attraction these days, it is still a fascinating place for first-timers. They inevitably bore of the square and head further afield to places like Centro Discovery in Tuban.

On occasions Candika and I will do the general shopping at Matahari’s in Matahari Square and after, imbibe in a cold drink at Dulang’s restoran. It is a great place to sit and ‘people watch’. I am always amazed at how, amidst the ‘westernisation’, the traditions of Bali are carried out on a daily basis.

The particular day we were there I observed a young Balinese woman laying canang sari on the pavement, praying, seeking blessings from the Gods. 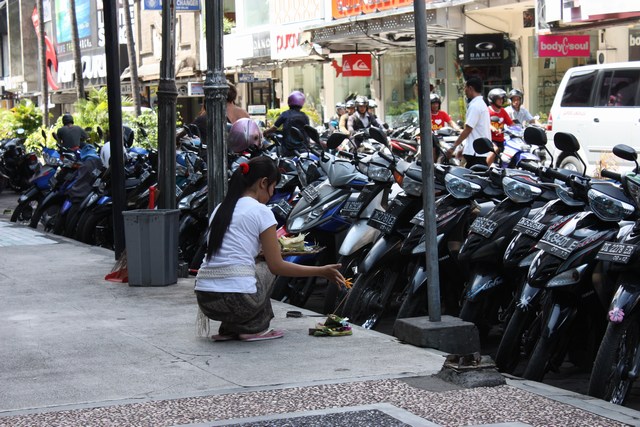