Photo of the Day: Lingas in Goa Gadjah 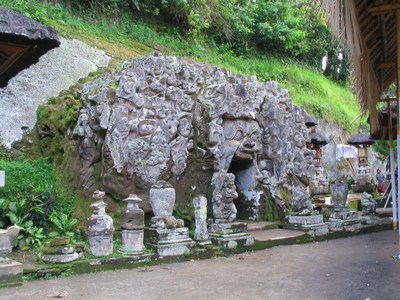 Between Peliatan and Bedulu, the antiquity of Goa Gadjah is located on the side of the road some 25 kilometres from Denpasar. Dutch Archaeologists date the site back to the 11th Century around the time of King Airlangga’s reign in Eastern Java according to inscriptions found at the site. There is uncertainty if Goa Gadjah was in fact used by Bhuddist or Hindu monks as a hermitage similar to the ‘hermit cells’ in eastern Java.

Inside the T-shaped cave it is two metres high and only one metre wide causing one to bow in a bizarre manner. The actual passageway is nine metres long leading to the T-junction. To the left-hand side, there is a 100cm high statue four-armed statue of the Elephant God Ganesha (son of Shiva). The Elephant God’s nature was warlike and is evident with the axe, a broken tusk, a drinking vessel and beads held in his four hands. To the right-hand side are the three stone phalluses (or lingas) of the Hindu God Shiva and the female counterpart known as the Yoni. 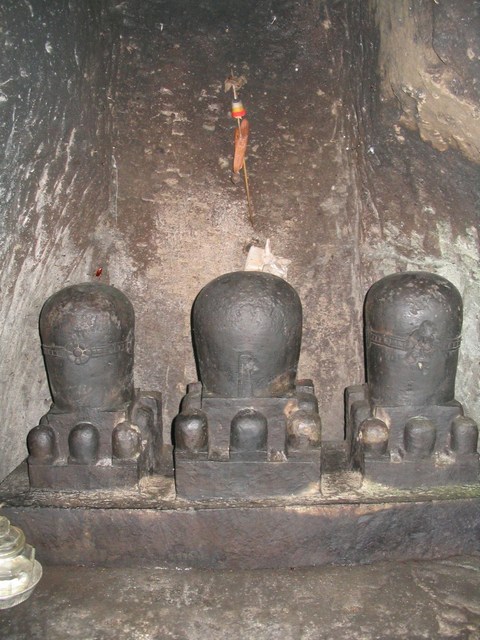