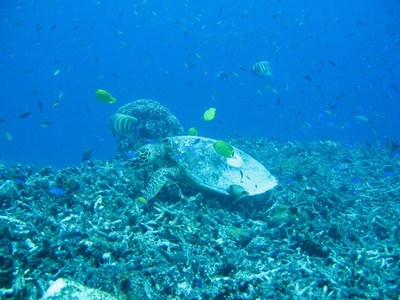 Candika and I decided to head over to Lombok for a few days after the three day Nyepi holiday in Bali. It has been several years since I was there last and for Candika, her first time. First things first, I had to renew my visa. As always, I go to Bali Mode on Jalan Sriwijaya in Kuta.

I paid the requisite Rp650,000 and have to wait (what else is new in Bali!) 10-12 days. I don’t mind as the three day Nyepi holiday is a primary concern of mine and oddly enough, Candika has never seen the Ogoh-ogoh.

Once I have my passport back we are going over to Lombok. We decided to fly over rather than take the boat. One of the reasons I need my passport to travel by air is proof of identity. There have been times when checking in at domestic airports across Indonesia I had to show my passport and now, it appears to be mandatory since the recent arrest of several terrorists in Aceh and West Java. Even though I am a bule!

Candika chose the hotel we will be staying at – Pacific Beach Hotel in Senggigi – after getting a recommendation from our good friend Meli of the Internet Outpost. The idea is to hire a jeep and check out the island. Of course I will be posting articles of interest along with many photos.

But, for now, we are looking forward to Nyepi.