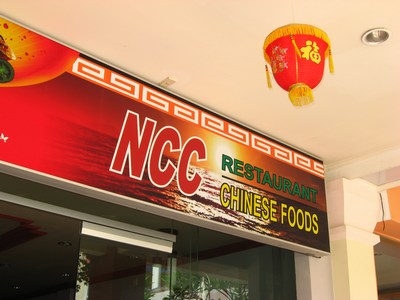 With the ever growing popularity and development of the Centro Discovery Mall and recently places like Geneva in Seminyak the older shopping centres initially built during the boom-times in Bali are less frequented by tourists. But, don’t wipe them off as they too are re-developing. I have never been big on shopping much preferring to chill-out and immerse myself in cultural matters. However, recently Candika and I went to the Bali Galleria Mall located near Planet Hollywood on Simpang Siur. I had always found it a boring place to visit but was pleasantly surprised at the number of new shops and the numerous restorans offering a potpourri of foods from around the archipelago of Indonesia.

Candika being a Chinese-Indonesian decided it was a good idea (more like do-as-your-told!) to try NCC, a great place that offers good Chinese food as well as foods from Java and Sumatra, and the lesser islands in Indonesia. Wit an average price tag of Rp15,000 per serve, you can’t go wrong. Candika was more than happy to imbibe in Pangsit Kuah and at Rp12,000 it was a large serve and very delicious, or so I was told in a strange food-in-mouth language. I was more sedate in my choice and enjoyed Bakso Campur at Rp18,000. Both dishes were excellent value and if you like you can enjoy your meal al fresco. However, next time we return to the mall then it’s going to be a great feast of Javanese food! 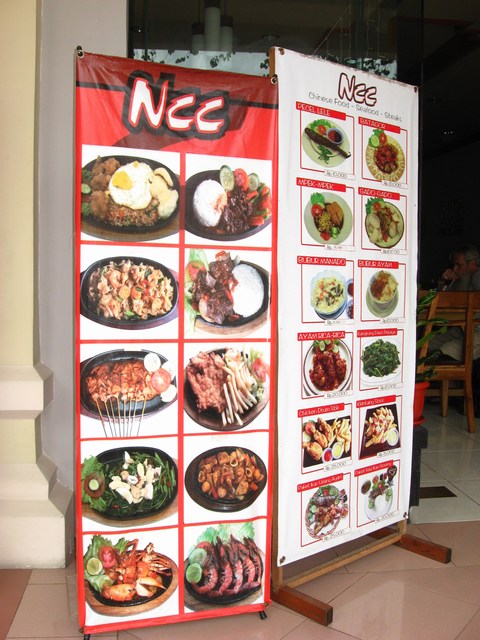