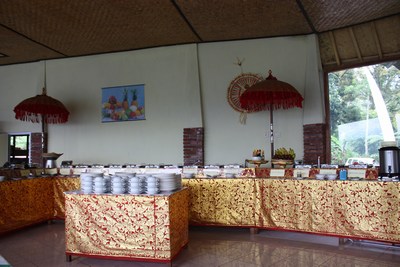 There are times on your travels you accidentally come across pure gem of places and I found one on a recent sojourn in the east of Bali. It was on a roadtrip to the interior through Rendang; an area where you will find few travellers; an area where the locals look at you with suspicion and wonder.

The scenery is nothing short of spectacular; narrow roads weaved through the lush, green jungle, the road seemingly disappearing as you descend and then suddenly rise to another panorama of jungle growth inter-dispersed with ramshackle houses and patches of rice paddies.

It was my outright curiosity and with the aid of a strategically placed sign half-buried in the jungle that caused me to turn down the narrow path and descend into a wide open area where I found the Lereng Agung Restoran. From the ‘car-park’ area the restoran oozes class and my stomach gave notice it didn’t care what the restoran looked like. As you ascend the few stone steps after a cordial greeting by staff you enter into a wide, open dining area. 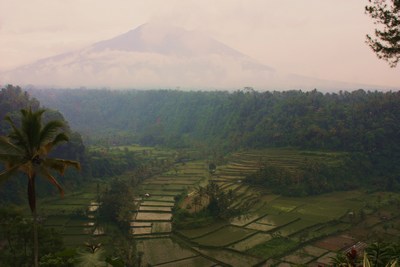 My hunger soon dissipated when I walked to the other side of the huge dining area. There was no back wall, but, the view made up for it. I have seen some spectacular and breathtaking views on this island but this one surely would be up there in the top five.

Deep in the valley below was a patchwork of paddy fields stretching as far as the eye could see; a collar of high trees the edge and above all this rising out of it all the mighty Gunung Agung; Bali’s highest mountain and on its slopes the sacred mother temple of Pura Besakih. 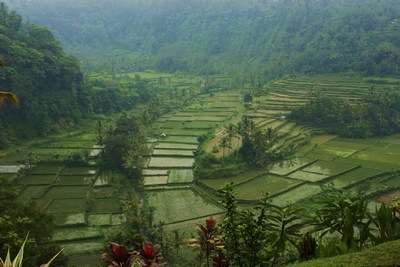 My stomach’s desire to be filled quickly gave way to the maniac clicking sounds of my DSLR as the cloud formations towering above Gunung Agung changed constantly as did the shadows cast across the maze of rice paddies. However, when the time came to feast it certainly was that indeed. A buffet-style all-you-can-eat potpourri of delicious Indonesia food from around the archipelago as well as traditional Balinese dishes and desserts for only Rp125,000. Drinks (except alcohol) were included in the price.

Getting There: Travel to Klungkung and from there take the road directly north to Rendang. Once there, take the road to the east. Along this road not far from Selat you will see the sign on the left-hand side. After your repast continue east along the same road and you will come to a ‘Y’ turnoff; the right will take you to Amlapura but, to the left is an adventurous little journey bringing you to the rear of Tirtagangga, the Royal Bathing Pools of the last Raja of Karangasem. 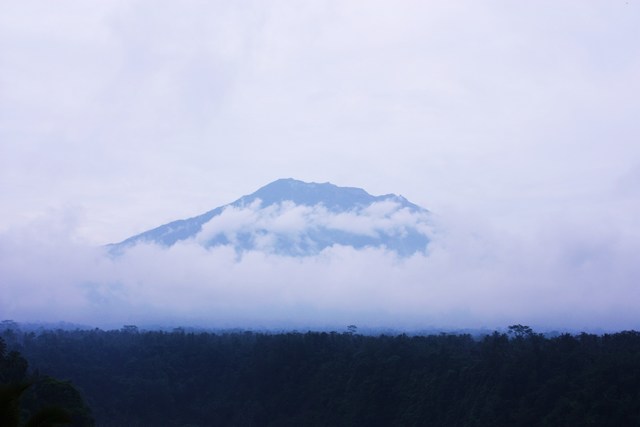 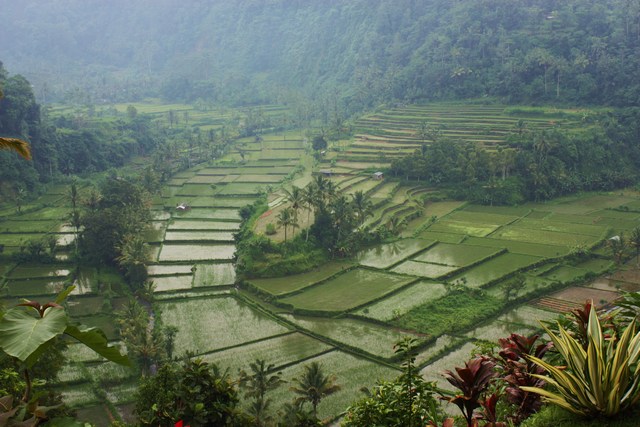