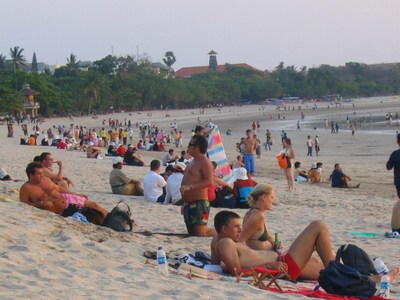 For years I have often wondered about all that money raised by the government from VOA and other visa fees, and, just where does it end up. Moreover, and most importantly, just what percentage of all that money actually stays in Bali or is put into infrastructure across the island.

There is a heck of a lot of money pouring in from tourists and going to the government. I can only assume a small percentage is returned to the Balinese government for road repairs and other infrastructure projects. According to an article I read yesterday: During 2009, tourism is estimated to have contributed US$2.7 billion in foreign exchange to Bali’s economy, a figure equal to 42% of the total contribution made by the tourism sector to the national economy.

Bali is a boon-time tourist island and I for one cannot understand why the national government in Jakarta reaps all the money in from Bali. Wouldn’t it be better spent on the people and infrastructure of the island? What do you think?