Getting Blue on New Years Eve in Bali 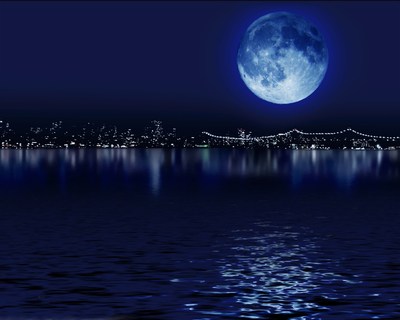 Travellers to Bali and for those already there are in for a delightful surprise on New Year’s Eve. A blue moon will grace the night skies. The old adage ‘once in a blue moon’ is apt indeed. A ‘blue moon ‘ is a result of two full moons in the one month; the first full moon being on December 1st and the second on New Year’s Eve. It will be the first time since 1990 when a New Year’s Eve falls on a Blue Moon.

A full moon in Bali is a significant time as each Balinese temple has an odalan every year celebrated during one of the full moons or Bulan Purnama. There is a good article I read in the Bali Discovery about the phenomenon of the blue moon that I found quite interesting. According to the article: Why this infrequent astronomical phenomenon of the second full moon within a single month got labelled “blue” is a topic of popular conjecture.

The long-held belief that the moon was made of cheese has prompted some to suggest the moon was made of Stilton or some other blue-veined fromage. Another more plausible explanation ties the event to Indonesia and the two years following the 1883 explosion of the Krakatau volcano when dust particles suspended in the atmosphere caused the moon to look blue in the nightime sky.