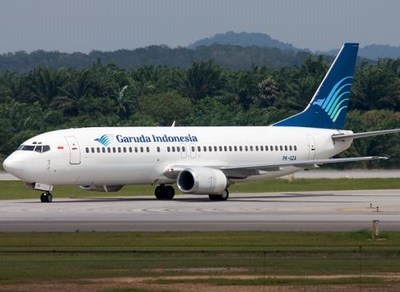 If you like flying, internationally and domestically, and have an urge for a vocation change and like the idea of being a flight attendant then make sure you don’t have more tattoos than Amy Winehouse or your breasts have been modified to enhance their appeal, then applying for a job with Garuda Indonesia Airlines might not be the way to go.

I was mortified to read an article in the West Australian newspaper about the process that prospective flight attendants are put through just to gain clearance to be accepted at ‘flight attendant school’. According to the article, Would-be flight attendants in South Korea have accused Indonesia’s national airline of making them strip nearly naked and have their breasts handled in medical check-ups, provoking a storm of criticism.

The article goes on to say, Several dozen candidates for 18 highly-coveted female flight attendant positions with Garuda Indonesia were required to strip down to their panties to screen out those with tattoos or breast implants.

Seems like just an excuse for some people to enjoy a good perv on what are obviously genuine candidates and lovely girls.