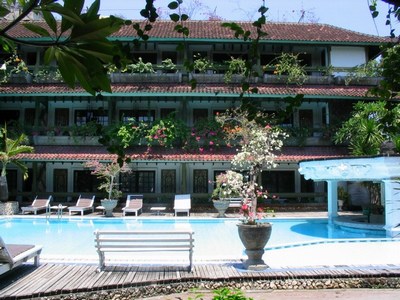 Bali at the moment is choc-a-bloc with tourists, both domestic and international and this raises the question ‘Is there enough hotels to accommodate all the visitors to Bali’. Considering the average length of stay per tourists is 4 days, the answer, one would think, is yes.

Indeed so and the Balinese Administration tends to agree with this and is considering a moratorium on the issue according to an article in the Jakarta Post today. Being considered is the development of hotels in Denpasar, Badung and Gianyar. It appears the issue of new permits for hotel construction are on the agenda. These three areas have the highest concentration of hotels on Bali.

According to the article, A recent report from the Udayana University tourism research center showed that the supply of hotel rooms in Bali has outstripped tourist demand. The report suggested that the current available facilities would be enough for the next five years, when there would be an estimated 6.6 million tourists.

Whatever the moratorium decisions conclude there will be no doubt that the number of hotels on the island of Bali will be suffice for the incoming amount of tourists in the future. It was interesting to note in the article that Researchers previously estimated the island would need 38,000 hotel rooms by 2015, but this number was actually reached in 2007.

For a comprehensive listing and information on hotels, resorts, hostels, villas and guesthouses in Bali then have a look at this article.