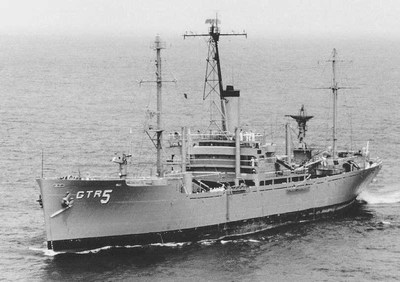 On 11 January, the USS Liberty was torpedoed by Japanese submarine about 10 nautical miles (19 km) southwest of the Lombok Strait. Two destroyers took the damaged ship in tow attempting to reach Singaraja, at that time, the Dutch port and administrative centre for the Lesser Sunda Islands on the north coast of Bali. However, the USS Liberty was taking too much water and so was beached on the eastern shore of Bali at Tulamben so that the cargo and fittings could be salvaged.

In 1963 the tremors associated with the eruption of Mount Agung caused the vessel to slip off the beach, and she now lies on a sand slope in 30 to 100 feet (9.1 to 30 m) of water, providing one of the most popular dives off Bali. This shipwreck is probably the easiest wreck diving in the world. 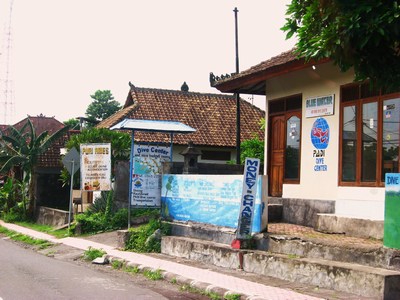 Bali is a fabulous place to visit for snorkelling and diving and for scuba divers the east coast of Bali is a big drawcard. One of these hot spots is the wreck of the USS Liberty (as mentioned above). Located on the beach at Tulamben the Liberty wreck sits in water 15-30m deep, 30m offshore and is very close to shore. This makes the Liberty wreck Bali’s most popular dive location. The best time to dive this wreck are between the hours 11am-4pm as these are the most popular with anything up to 50 divers down there at one time. You might want to avoid this busy period. Apparently the night dives are excellent here as well.

The landscape around Tulamben and a large portion of the east coast is dry and boulder strew. The rice belt ends and the corn-belt begins further to the south-west and there is not much going on heading up the coast. In Tulamben there are several losmens, a few places to eat and, plenty of dive shops!