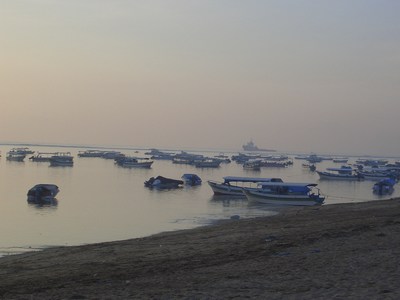 It had taken two years for Carl and I to at last go deep sea fishing in Bali mainly because events interceded our plans in the past. Yesterday we achieved our goal. The trip was organised with Mawar Kuning Wisata in Tanjung Benoa located almost at the very tip of the peninsula. A lunch and drinks was included in the price of Rp1.3 Juta for four people.

All we needed to do is convince both our wives that a nice punt on the ocean is good for one’s health. Candika had reservations about the idea after crossing Danau Batur in a dugout canoe years previous and swore never to get on another boat unless is was the size of the QE2. Carl’s wife, Arty, was easy to convince. She would go if Candika went. Eventually Candika conceded after I told her the boat was 50 times the size of a canoe. 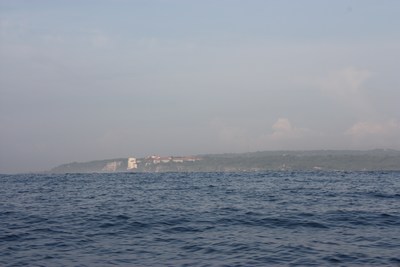 The early morning light across a glass sea was stunning as we arrived in Tanjung Benoa and quickly settled for a hot tea before departing. This stretch of beach is renowned for its diverse range of watersports. Boarding the boat I had my reservations about Candika and her stomach. I knew what a decent size swell can do when you are kilometres off shore.

Five kilometres out we hugged the coast south with all the luxury hotels of Nusa Dua visible from the shore. We passed by the islands of Nusa Dharma and Gede and after rounding the Bukit Peninsula the Bali Cliff Resort came into view. It was from this point we headed straight out into the Indian Ocean 15 kilometres. The ocean became fairly choppy with a decent 3 metre swell running. Candika was smiling and enjoying it! 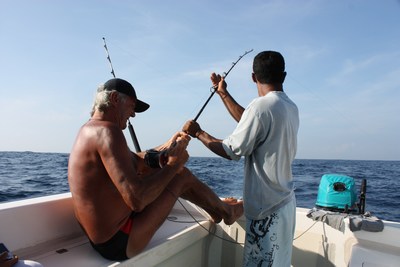 Whilst one of the crew members prepared the game-fishing rods and hooked up rubber squid as bait, we settled for a drink and enjoyed the swaying of the boat. Unfortunately Arty settled for a warm Coca Cola and soon paid the price with a quaint ocean chuckle.

With the lines cast and ready for trolling, we sat back and waited. The skipper changed courses several times and then suddenly a whip of a rod signalled a catch. Carl took the honours with yours truly playing official photographer. Carl is a fairly strong guy but the fish was not about to give in easily. However, the four kilo Tuna was eventually gaffed and raised onto the boat; a beaming Carl took pleasure in lifting the first catch of the day. Dinner had been secured! 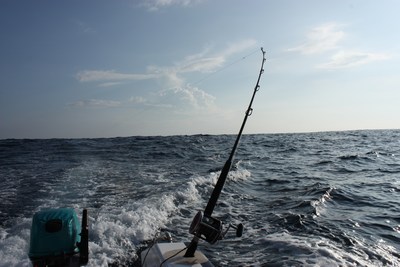 Perspiring like a dehydrated Camel, Carl sought refuge in the shade of the canopy as the line was reset. The heat was oppressive as the sun beat down. It was not so much the sun but rather the glare off the ocean and I was glad I had brought the appropriate clothing. It is so essential to use a hat and something to cover your neck when out fishing in deep water. Where we were the water depth was 100 metres.

My rod sprung to life but not as much as Carl’s did and I feared it might be ocean debris. A one kilo Tuna was my trophy and was quickly returned to the ocean. In my opinion it is so important to preserve the fish stocks in the ocean and by returning the small fish back into the ocean it helps in some small way. 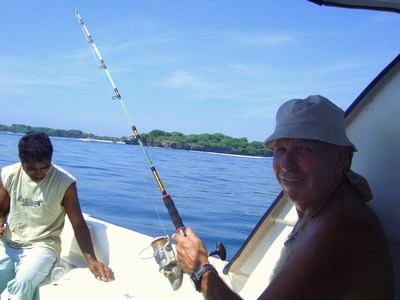 After four hours of trolling the deep water with moderate success we decided on some coral fishing to finish off the morning and headed closer to shore. There were certain areas where the ocean was too choppy and eventually the boat was anchored off Nusa Gede Island where the water depth was only 3 metres but crystal clear and the water like glass. We fished there for a couple of hours with some success and enjoyed the magical view of the Bukit Peninsula and the vast variety of fish beneath the boat.

Eventually the sun became too hot as did the glare off the ocean and we headed back to Tanjung Benoa. A good morning was had by all although Carl and I did get a tad Kentucky Fried! Later in the evening the fish were BBQ’d and devoured along with some Sambal Matah, Cakangkung and Nasih Putih. Another successful adventure in Bali came to a conclusion.

Here is a selection of images from the trip: 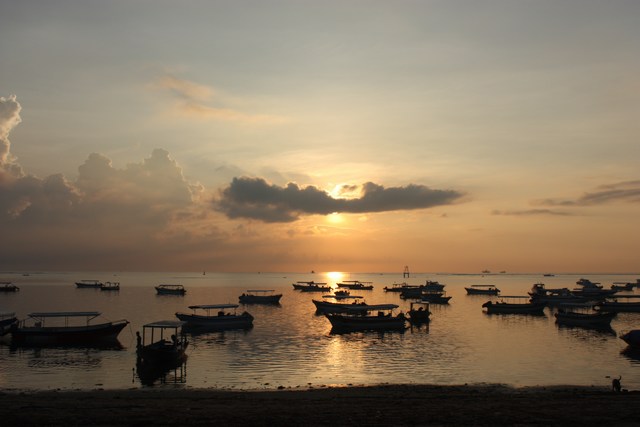 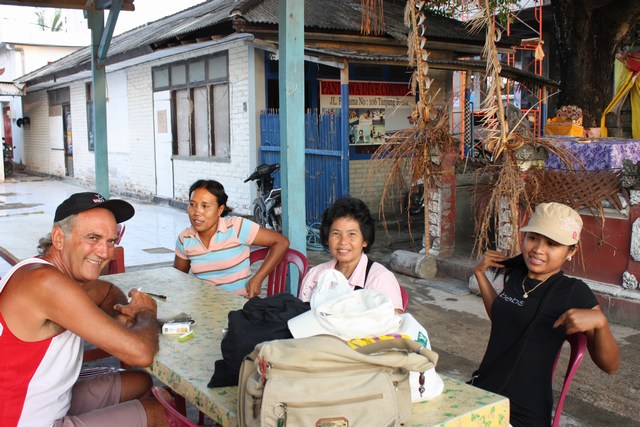 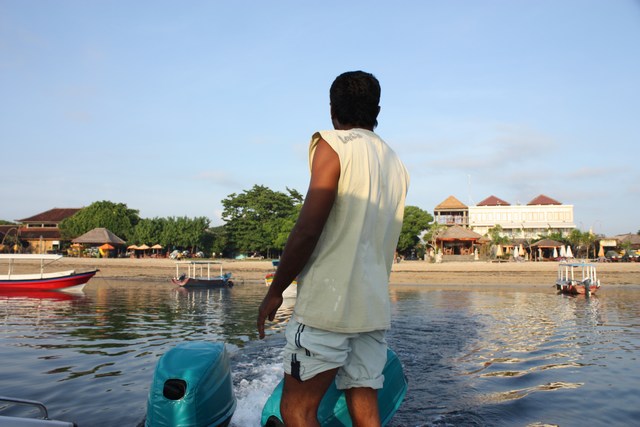 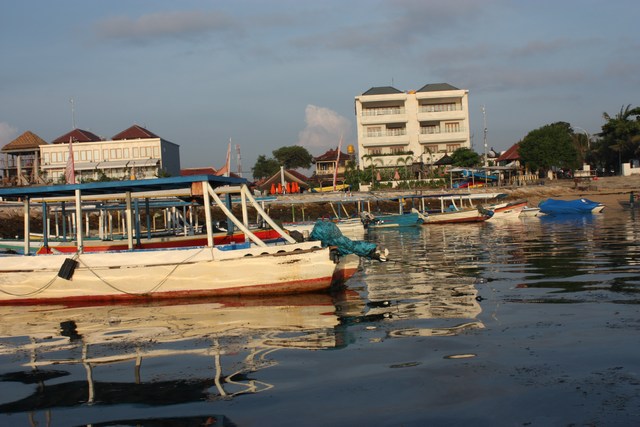 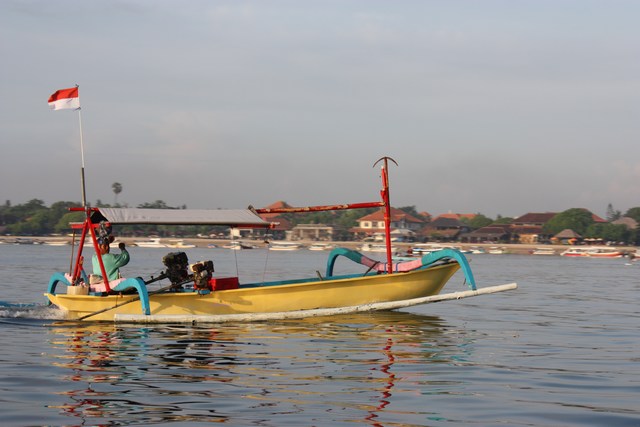 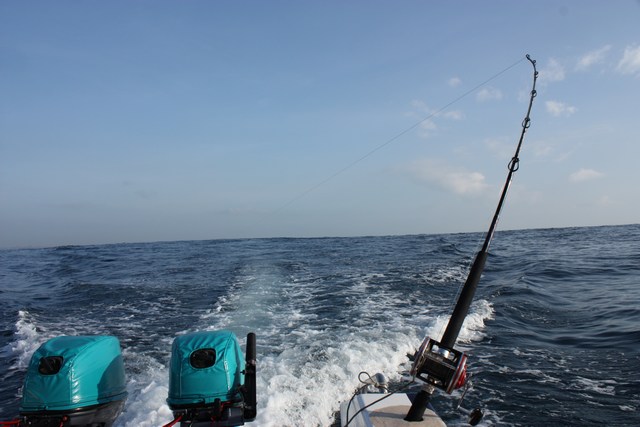 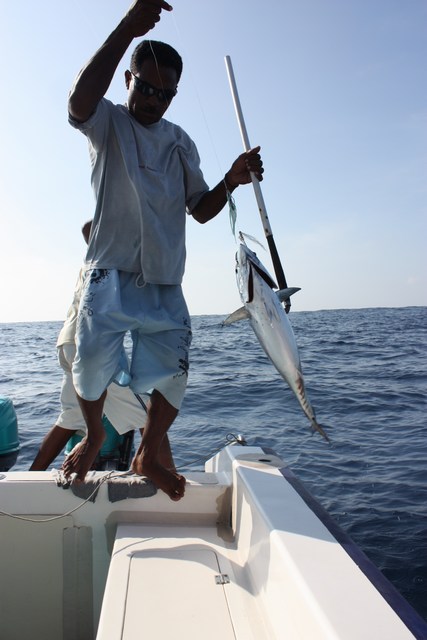 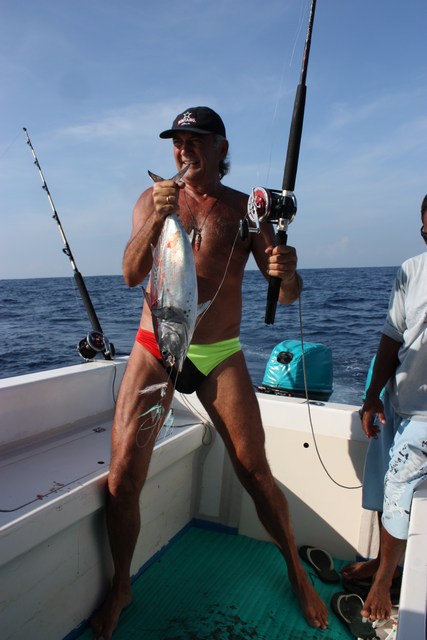