Danger in the Archipelago – Travellers be Aware 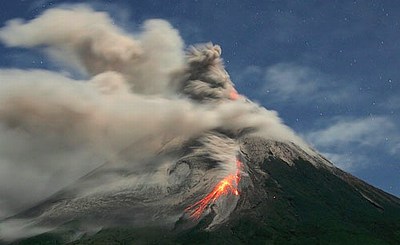 I wasn’t surprised to read that the alert status for Gunung Merapi in Yogyakarta, Central Java has been raised to red alert. Being a place I lived for ten years there is always constant activity on the mountain 45 kilometres from this popular tourist destination. I was there for the last massive eruption and the last devastating earthquake to hit the city referred to as the cultural heart of Indonesia.

Gunung Merapi has four stages of status level; in normal level, cautious, alert and red alert. Now that it is at red-alert any travel to the beautiful and inviting city of Yogyakarta should really be avoided until the status level drops.

The tectonic plates in Indonesia are in overdrive with a The 7.7-magnitude undersea quake hit south of the Mentawai Islands, off the west coast of Indonesia, at 9.42pm yesterday. This was followed by another two quakes of the sizes, 6.1 and 6.2 several hours later.

Instantaneously a Tsunami warning was issued and although damage is sketchy at the moment there are up to 10 Australians missing after their boat was hit by large waves. Again, travel to this area should be avoided until the situation is clarified.