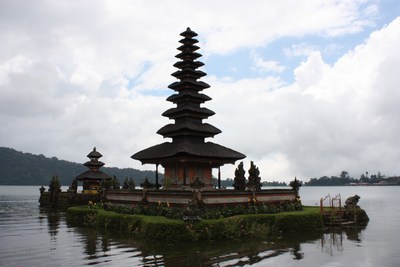 Gotta admit I have been a tad neglectful. Actually, with good reason. Isn’t it great when you have excuses! Seriously though, after arriving here on the 2nd Februari from Yogyakarta things have been hectic. It was on the same day that my brother arrived from Australia and it is second time to Bali; the first being a total disaster and so I took the mantel to improve his.

The 3rd was the first anniversary of my mother’s death in Bali and so it was down to First Beach just south of Padang Galak for prayers and offerings to the Gods. Then it was time in the next two days to play tourist guide and start showing my brother around the island; an initiation he delighted in.

Today is actually a day of rest – not because of religious means but because I am so damn tired. Truly, I am getting too old now to show people around the island and after doing this for much too long and seeing the same old places time after time, I shall relinquish the mantel after I have finished showing my brother ‘the places tourists never see’. 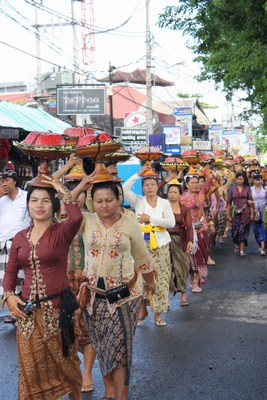 What amazes me about Bali is the ‘surface changes’; the restorans that have closed and another opened in its place, the specialty shops that you once delighted in visiting are no longer there, but, the people remain the same. More than ever the Balinese are welcoming and friendly.

Actually, it is fairly quiet in Bali at the moment but, as most of you know, the tourist influx comes in waves, so to speak. There are, however, a lot of domestic tourists here; those who declined to visit the island during the Ramadhan and Idul Fitri period as well as the celebratory Xmas/New Year.

My brother is only here for two weeks and tomorrow we are off on another roadtrip. This time to the east coast. Besides covering the usual tourist haunts I will be showing my brother a few of the hidden and delightful places far off the tourist track. I will, of course, be writing about these in future posts so look out for them and enjoy!