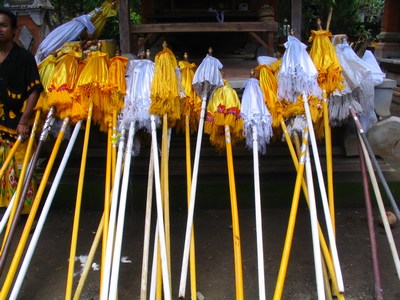 You will first notice them upon arrival at your hotel as they adorn the entrances. Ceremonial umbrellas are ubiquitous on the island of Bali. They grace family shrines, adorn temples during religious festivals and other ceremonial occasions. Generally, you will start to see an abundance of these umbrellas on a lead-up to a festival and, if you are visiting a temple, you will see them positioned around the compounds to various shrines. The umbrellas are always in alignment and orientated towards Gunung Agung; the sacred mountain on Bali.

The use of umbrellas by the Balinese and its origin is actually uncertain but it is believed to date back to around the 13th century when it was introduced into Bali during the Majapahit era. Naturally, the colour of the umbrella reflects the type of ceremony occurring. The colours of yellow and white are a symbol of dedication to the Hindu religion and of course, the different manifestations.

If you are interested in purchasing one or two of these umbrellas as a souvenir then travel to the areas around the towns of Mengwi and Klungkung. There are other places on the island that produce these colourful adornments but these two main towns would be the places to go. 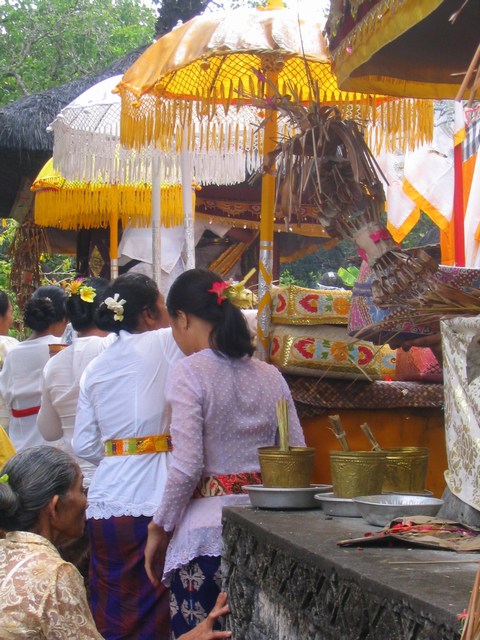 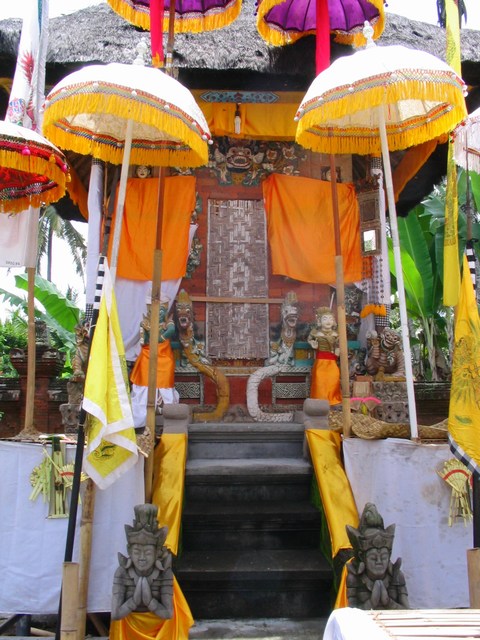 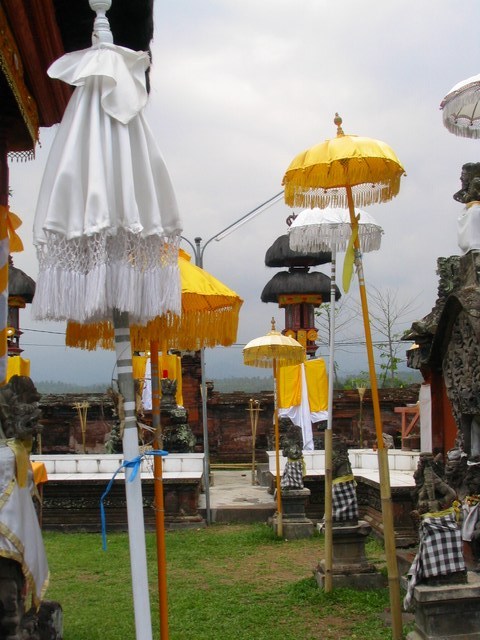