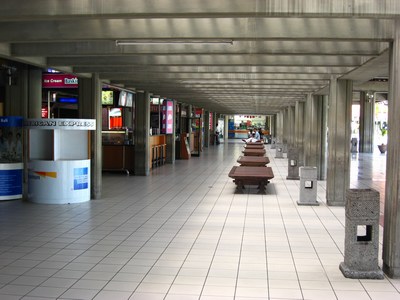 No doubt many of you could name a few things that are badly in need of change at Bali’s Ngurah Rai International Airport; those things that really annoy you. I could name quite a few – the hard seating in the departure lounge that make your bum ache, the lack of budget-priced eateries, the early closure of shops when you are on a late-night flight and the high prices. But hey, it’s Bali and they gotta make a buck!

And, we have all seen the disruptions in the airport of late caused by minor renovations. There is a reason, however, for all of that. Extensive renovations of Bali Ngurah Rai Airport are now set to commence next month. Apparently it is considered a top priority for this development considering the increasing amount of air traffic.

The article in the Bali Discovery explains further and according to it, the renovations are sorely needed due to rapidly expanding tourism arrivals and the under-capacity of Bali’s airport that now handles more than 10 million travellers each year.

I often ask myself why the sudden urgency as nothing is done in Indonesia without a cause. Indeed I was correct: an acceleration in the renovation of the airport is being done at the express orders of President Susilo Bambang Yudhoyono who wants the work completed in time for the Asia Pacific Economic Cooperation Summit (APEC) in 2013.

Let’s just hope they put in recliner rockers in the departure lounge and add a couple of kaki lima and cheap warungs while there at it!