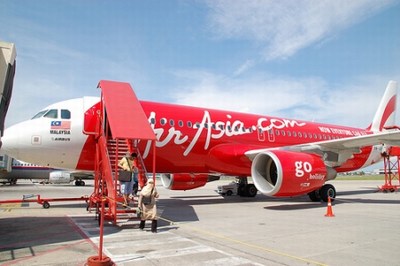 At the moment Bali is experiencing record numbers of arrivals to the island and this excellent for the economy and the Balinese. Cheap flights from the numerous airlines pounding the Oz-Bali route will only increase tourists to the island and there is no sign of this price-war abating. I was reading an article in the local West Australian newspaper about yet another airline soon to soar the skies whisking people to the paradise isle.

Batavia Air has been granted permission to fly from Perth to Bali. The airline has yet to announce its fares but apparently the promotional fares will be under $100. Great news for West Australians but unfortunately not the rest of Australia. Australians from other cities will have to settle for their AirAsia, Garuda Indonesia, Pacific Blue and Jetstar flights.

Strategic Air has also joined the Bali route recently and looks to be successful. And yet there is even better news for West Australians on the horizon. There is a strong possibility that in the near future the Indonesian airlines of Mandala, Sriwijaya and Lion Air Airlines could be gracing the skies above Australia and plying the Bali route.

With all these cheap-flight airlines vying for bum-on-seats, travellers to Bali can look forward to fabulously cheap fares to their favourite destination. Unfortunately Garuda Indonesia is steadfast in their fare costs with no sign of them lowering fares. It appears they consider service and value above all. With all the upcoming cheap flights on offer I know who I will be using.