A Couple of Tips on Staying Healthy 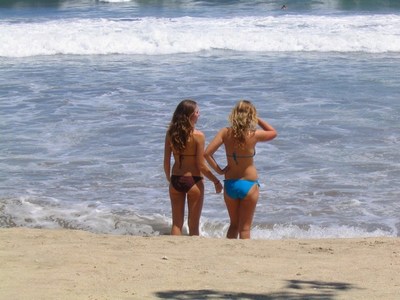 So you are on holiday in the total paradise of Bali, happy and feeling good, ready to have a damn good time. Of course you saw your doctor before you left for a check-up and you got the all-clear. Great! But, what happens, if by mere chance, you start feeling like shit thus spoiling your holiday? The best thing you can do for your body when travelling is to look after it.

When travelling in the tropics you number one enemy is dehydration. It’s obvious that the best way to avoid this and stay hydrated is by drinking at least a minimum of two litres of water per day. Okay, so you will pee more than you did at home but it is far better than your body ‘shutting down’ from dehydration. I average three litres a day. Keeping the fluids going into your body is of upmost importance. Alcohol will dehydrate you faster in the tropics. 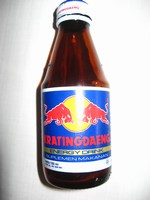 How do you combat the dreaded onset of illness? By applying what I mentioned earlier. Drinking fluids containing electrolytes will give you an added edge on staying healthy. For instance, Pocari Sweat, a bottled drink readily available at any store across the island. There are other Western brands such as Gatorade and Powerade that can be bought at prices far cheaper than you will find at home.

I tend to drink at least three Pocari Sweat per day up and above my daily quota of water. A long time ago when I fist started travelling throughout Java I came across a delightfully tasty tonic drink called Kratindaeng.

Kratindaeng is a jamu-based drink and being made from natural, traditional herbs, It certainly is a pick-up for the body. Having a sweet taste one tends to drink a couple of bottles per day but there is one drawback; it is relatively expensive compared to the cost of a bottle of water.

Of course if you are feeling adventurous and wanting to try traditional jamu you can find the jamu sellers walking up and down the streets for a good part of the day. Having a more bitter taste, traditional jamu is cheap and has some beneficial qualities for your health. 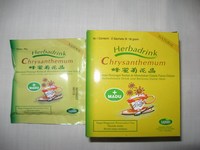 I had the misfortune on my last trip to Central Java to suffer the malady of the flu even though the days were sunny and relatively warm. Besides the running nose, feeling hot and then cold, aching muscles and the usual other symptoms, all I wanted to do was sleep. My good lady, Candika, decided at once what I needed (she studied traditional medicine) and promptly obtained some Herbadrink Chrysanthemum from the apotik. As a powder form, one simply mixes it with water, preferably hot, and drink it straight down. Although palatable, it does have a slightly bitter taste.

Herbadrink Chrysanthemum can be bought at any apotik across the island and comes in a box of six sachets. Trust me, after three sachets I started feeling on top of the world.