Getting from Bali to Australia (and return) 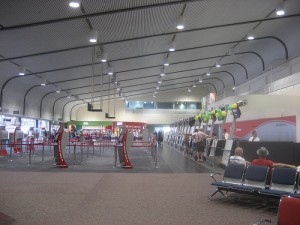 Those who travel within Asia will, at one time or another, travel between Bali and Australia , or the other way around. Australia’s airports offer at least some flights into Bali operated by low cost carriers, which are excellent choices for those on a budget.

Practically, there is only one way to get between Bali and Australia: by plane. Ideally, you should choose an airport located closest to Bali , rather than fly into a larger hub, which is too many hours (and too much money) away. The reason for this is that once you are in Australia, you can choose to travel by land to the destination.

There are two airports to choose between if you want to get to Australia fast and not spend too much on a ticket. The flight time to Darwin is about 3 h and the rates start at US$97. And the flight to Perth takes 3h 40 , with rates starting at US$127. Sure, these are rates valid for the end of the dry season in Bali and the start of spring in Australia.

Sydney (Kingsford Smith) Airport (SYD) is a major hub for Qantas and a secondary hub for Virgin Australia and Jetstar Airways. It is the busiest airport in Australia. Direct flights from Denpasar (Bali) are operated by Garuda Indonesia, JetStar and Virgin Australia. Flights start at US$409 one way for an adult on JetStar. The flight time is 4h 45 min.

>>read more about Flights to Sydney

>>read more about Flights to Brisbane

Perth Airport (PER) also receives fights from Bali. The airport is hub for Strategic Airlines, Alliance Airlines, Cobham, Network Aviation, Qantas, Skippers Aviation and Skywest Airlines. It is the fourth busiest airport in Australia. The direct flights from Bali to Perth are operated by Garuda Indonesia, Indonesia AirAsia, JetStar Airways, Skywest Airlines and Virgin Australia. The cheapest tickets are offered by Indonesia AirAsia and they start at US$127 one way. The flight time is 3h 40 min.

>>read more about Flights to Perth

There is also the possibility to fly into Darwin Airport (DRW) , which although it’s not among the top five busiest airports in Australia, offers excellent rates for connections to/from Bali. Indonesia AirAsia and JetStar operate flights between Denpasar (Bali) and Darwin and the rates start from US$97 one way (on Indonesia AirAsia). The flight time is 2h 55 min. Generally speaking, the fares are comparable to those into Perth.

>>read more about Flights to Darwin

There are also direct flights from Bali to Melbourne Airport (MEL) and Adelaide (ADLS) but the fares are high (from US$446 one way on Virgin Australia, respectively from US$630 one way on the same airline).