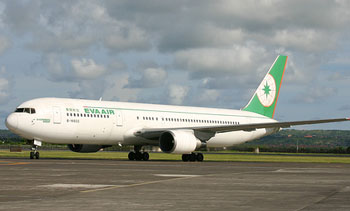 While most of us weren’t paying attention, a couple of new airlines have started flying from the United States to Bali (and other major cities in Asia) and this new competition has helped bring prices on flights to Bali down to levels not seen in years.

Those of us used to going back and forth between North America and Asia would usually get to choose between US carriers, like American and United, or huge Asian carriers, like Singapore or Cathay Pacific. Prices among them were normally similar, so part of the equation for Americans is if you want to feel like your vacation has begun once you step onto the plane back home, or once you step off of the plane in Denpasar.

I’m fond of “international” airlines and have had great experiences on those Asian carriers, but now suddenly we have at least two Chinese airlines that have entered the fray, and like so many things the Chinese do, they tend to be the cheapest options around.

Well, not exactly, depending on whom you ask, since both of these airlines selling the cheap plane tickets are actually based in Taiwan. Let’s not get into that debate. Specifically China Airlines is Chinese-owned, and based in Taiwan, and EVA Air is owned by a Taiwanese company and based there as well.

Both airlines are huge and have good safety records. I’ve yet to fly on either of them, but I assume with the lower costs I’d expect more basic service than the notoriously luxurious Singapore Airlines, but if I can save $300 on round trip airline tickets and still be comfortable enough, then I’m in.

The flights from Los Angeles are traditionally always more than $1,000 and from New York you’re looking at a minimum of around $1,200, and those are sale prices that aren’t available all the time. Now these two carriers have changed the game and made Bali into a cheap vacation spot for Americans, in spite of the long distance.

Bali is very cheap once you get here

If you have yet to do the research, you’ll be glad to know that cheap hotels in Bali are easy to find. Even in the upscale holiday enclave of Nusa Dua you can find bargains these days, and if you want to stay nearly anywhere else then you can do it for a song.

It’s true that you can find guesthouses in Kuta and elsewhere starting around US$5 per night, but if you aren’t a penniless surfer or backpacker, you are probably better off spending at least US$20 on a nice place. Everything is relative, so your $5 flophouse might remind you of a $25 flophouse elsewhere, but your $25 room will remind you of a $100 room elsewhere, so which is the better bargain if you have enough money to get here anyway?

Of course, the more you spend the more you get, generally speaking. Once you scan hotel booking sites you’ll see plenty of places for $100 and up, and most of these are international class resorts that would cost at least triple that amount in most other places. The point is, don’t gravitate only to the cheapest places, because this is a great destination for a splurge that will still be cheap by your normal standards.